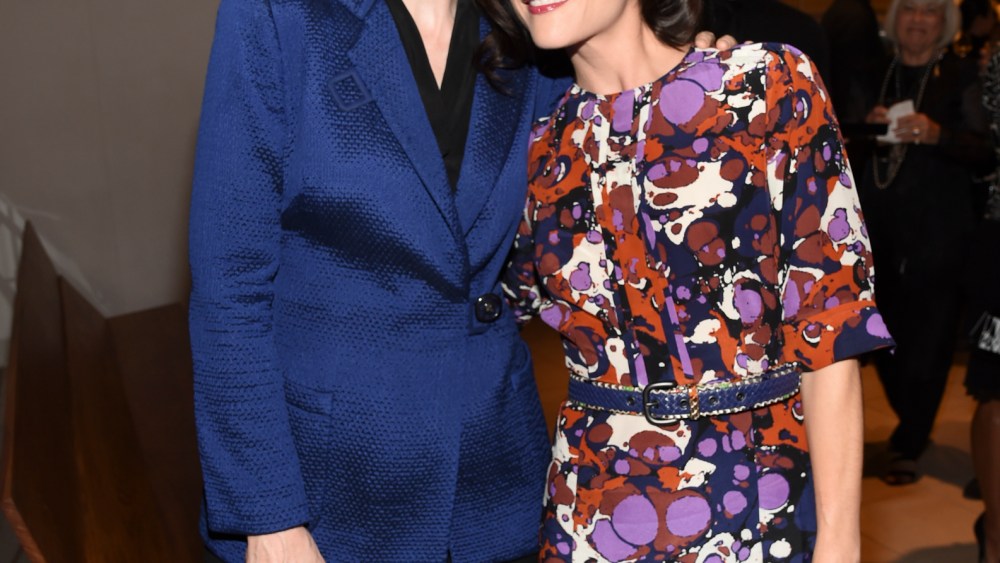 It’s a rare feat for an event to feel razzle-dazzle and cozy at the same time, but such was the case at The Hammer Museum’s annual Gala in the Garden, which this year honored Paul McCarthy and Diane Keaton. While there was a heady mix of art and entertainment luminaries in the museum courtyard on Saturday night — Julia Roberts, Matthew Barney, Ed Ruscha, Steve Martin, Emma Stone, Salma Hayek, to name a few — most guests said it felt like a gathering of close friends.

“Of all the events I go to, this is my favorite one,” said Armie Hammer, whose namesake and great-grandfather Armand Hammer founded the museum. He may have been biased, but he got it right when he said, “It’s small, it’s quiet, it’s everyone who wants to be here who loves art.”

Roberts, who attended last year and was elevated to co-host for this year’s event, said, “Museums can seem like big, scary, unapproachable places and that’s not the feeling here. It seems to be part of the community for the people as well as the artists.”

Tomas Maier, creative director of Bottega Veneta, served as one of the gala’s hosts — the label has sponsored the event for three years and dressed many guests including Amanda Peet, Sarah Paulson, Selma Blair, Elizabeth Banks, Mia Maestro and Kiernan Shipka. “I like a museum’s mission to educate the public and nurture new artists,” he said. But he’s hardly hopping on the bandwagon, having come here to check out the art scene for decades.

Hammer director Ann Philbin pointed out, “The arts have been at the center of the transformation of L.A. for the past decade and I feel proud of the leading role that the Hammer has played in this incredible change.” Many credited Philbin’s work, including Keaton, who said, “Let’s just get this straight — she’s why this is what it is. She singlehandedly turned it around. I’m actually here to honor Ann. That’s my job.”

It was Martin and Stone who had the job of ushering Keaton onstage. Martin cracked, “It’s been a longtime dream of mine to come to the Hammer and introduce Emma Stone and have her introduce Diane Keaton.” Stone parried right back with, “One of the first times I ever saw Diane Keaton onscreen was in ‘Father of the Bride’ when she co-starred with Steve. I was just a kid but I remember thinking, ‘He’s going places.’ So, good for you, Steve.”

The museum scored another coup in honoring artist and provocateur McCarthy, whose work it will showcase next year in an exhibit of drawings spanning 50 years. As Barney put it, “His work is critical of the world and appropriates and defiles, but at the core of this work is a startling joy…he is loving every minute of it.” McCarthy’s acceptance speech was like a performance art piece in itself, a rambling stream of consciousness that he read off of his iPhone. “Mike Kelly tells me he hates parties…They are about nothing…raising money, mania, status…I told Mike there are, this is, another way of looking, of supporting other artists. Acknowledging the community and the importance of art,” McCarthy said.

It had Los Angeles Mayor Eric Garcetti bursting with civic pride. “When I bet Mayor DeBlasio about the Mets and the Dodgers, our bet was that no matter who won the playoffs, L.A. was still the cultural king.” It was fitting, then, that Aloe Blacc closed the evening with a rendition of Marvin Gaye’s “What’s Going On.”