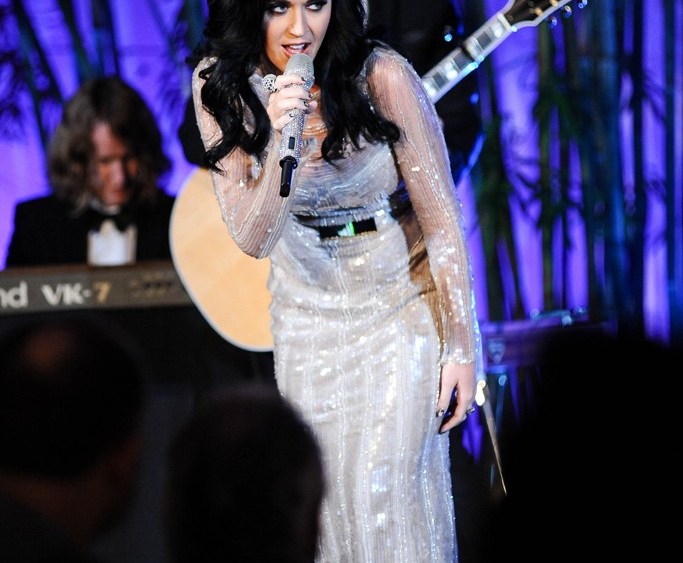 The Hammer Museum’s annual Gala in the Garden, which took place Saturday night in the courtyard of its Westwood building, is traditionally one of Los Angeles’ more highbrow art benefits, where collectors

This year’s 10th anniversary event, which raised $2 million for the museum, had both, with Elizabeth and Armie Hammer cochairing along with Jeanne and Anthony Pritzker. Hammer is the great-grandson of the museum’s founder, Dr. Armand Hammer. Although he was one of the more ogled sights at the dinner, the actor kept his remarks brief, perhaps in deference to a more seasoned performer and art lover, Steve Martin, who presented honoree and friend Cindy Sherman with her award.

“For Halloween, Cindy Sherman goes as herself,” Martin said with his usual deadpan delivery. The crowd, which included Tom Ford and Richard Buckley (who fielded congratulations on the recent arrival of their son), Tom Hanks and Rita Wilson, Will Ferrell and Viveca Paulin, Mark Bradford, Ed Ruscha, Taryn Simon, Doug Aitken, Jeanne Tripplehorn and Leland Orser, Rosanna Arquette, Monique Lhuillier and John C. Reilly, relished Martin’s comic relief — as did the evening’s other honoree, Barbara Kruger, who said, “There’s nothing funnier than a guy in a white suit with a knife through his head.”

Rachel Maddow introduced Kruger by praising her trademark text lines and noting, “Barbara, I wanted to apologize for using all your quotes without attribution in order to make me look smarter than I am.”

For those who were still game after the lengthy evening, Katy Perry performed an energetic — and barefoot — five-song set in a sparkly Elie Saab gown (she changed out of the Tadashi Shoji number she wore during dinner).

“I am kind of an art aficionado but I am more of a nail-art aficionado, so I hope you will adopt me into your ways,” she told the crowd. “Nail art is very popular in our group — the tweens. And the girls who think they are still tweens.”