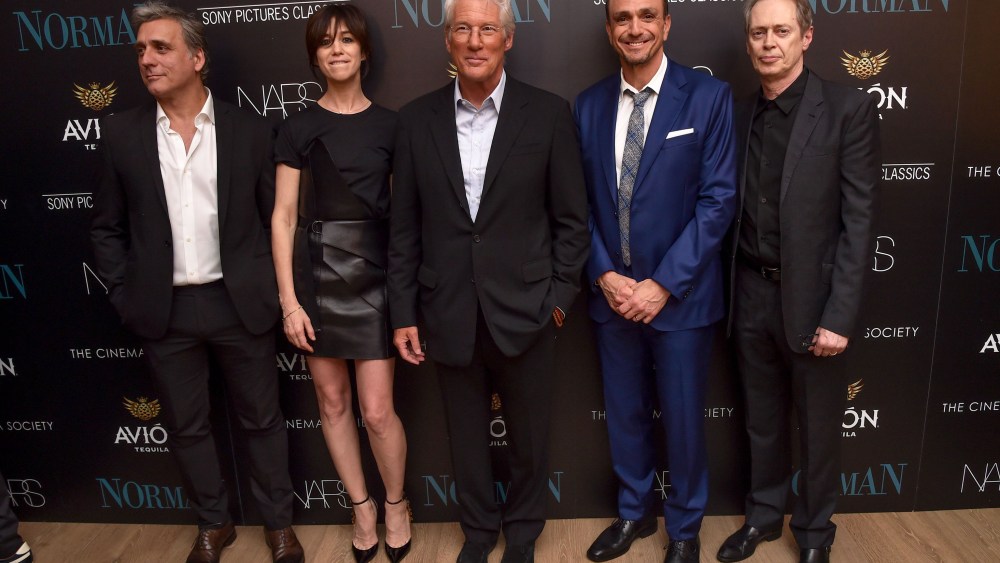 Hank Azaria is no stranger to critics, although one tends to stick around: his mother.

“The first thing my mother ever says to me is, ‘Why were you wearing that? What’s with that jacket? Why did they put you in those pants?’” he said. “My mother’s not gonna like how my character’s dressed at all — his ratty baseball cap, his galoshes. But that’s her.”

Azaria is one of the stars of “Norman,” the American debut for Israeli director Joseph Cedar. The cast and crew came out in full for the film’s NARS and Cinema Society-hosted premiere at the Whitby Hotel in Manhattan on Wednesday night, followed by an after party at the Skylark. In Azaria’s company were costars Richard Gere, Charlotte Gainsbourg, Lior Ashkenazi and Steve Buscemi; along with guests including Jim Gaffigan and Gilles Mendel.

The film tells the story of Norman (Gere), a New Yorker bent on building a vast network of contacts who embroils the Israeli Prime Minister (Ashkenazi) in a corruption scandal. “I was much more shy than Norman,” Gere told reporters. “Norman can face one humiliation after another and keep coming back. I can’t do that.” Buscemi felt another way entirely. “I’ve always felt more like a Norman my whole life,” he said. “I think a lot of people feel that way, even people who seem confident in getting things done.”

On the topic of getting things done, Cedar considers the process of making his first American film a departure from everything he had done before. “It was like making my first film,” he said. “Started from scratch. So much of what gives you confidence in a film is knowing how things work. When you film in a new place, you have to rely on other people with experience and learn as you go.”

Road bumps aside, the film’s producers supported his vision unconditionally. “We gave him carte blanche, and told him to ‘Go in, write whatever you want,’” producer Eyal Rimmon said. Like Cedar, “Norman” was Leor Ashkenazi’s first American film as well. “The Israeli industry is very low-budget, we don’t have trainers, usually we’re just shooting in guerrilla-like conditions,” he said. “When you’re shooting in America, you’ve got luxury.”