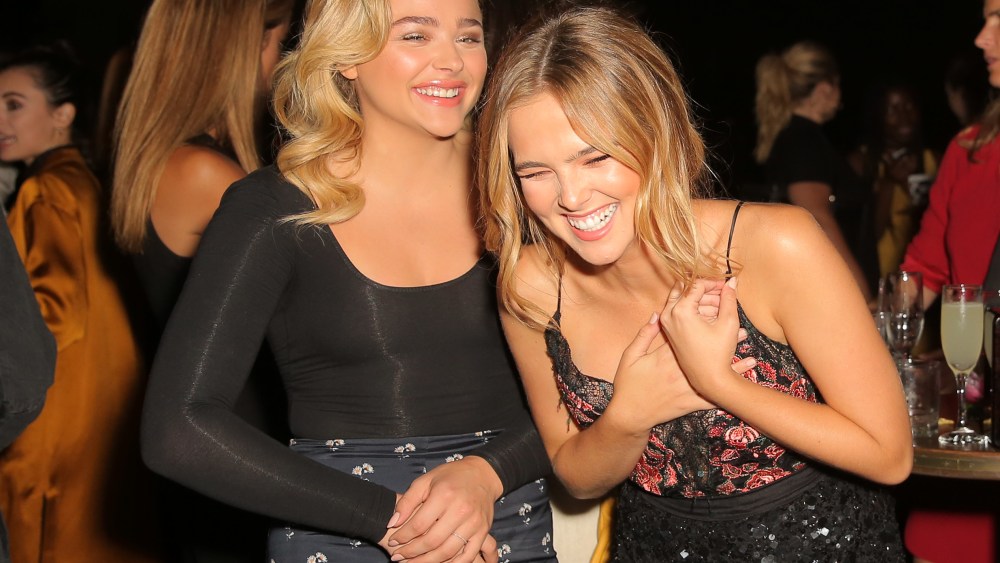 “I feel like it’s my second bat mitzvah,” mused Zoey Deutch. Indeed, all eyes were on the 21-year-old in Rodarte, or her visage on the September Harper by Harper’s Bazaar issues sprinkled across the penthouse at NeueHouse. “It’s a lovely cover,” said her “very proud” boyfriend, “The Outskirts” actor Avan Jogia. Throughout the night, compliments flowed as freely as the Champagne, bowls of Hi-Chew candy and hors d’oeuvres as celebrity guests including Zelda Williams, Chloë Grace Moretz, Nazanin Mandi, Kilo Kish, Peyton List, Anna Camp, and Emile Hirsch circulated the fete, hosted by Sephora.

“She’s one of the few people, that I can call, that will tell you the truth whether you like it or not,” said Williams. “She’s my favorite type of person.”

Although reticent about her upcoming role in “The Little Mermaid,” Moretz didn’t hold back on echoing the love saying, “I think [the cover] is beautiful and natural. I’m very proud of her, and I’m happy to be here.”

As pretty as the picture was, there was one small hiccup on the day of the shoot. “I actually had laryngitis,” Deutch said. “I didn’t know I had laryngitis. I just kept getting this raspy voice throughout the day and I was like, ‘I don’t feel like I’m being any more loud than usual.’ Then, I woke up Saturday morning with no voice.”

In the upcoming year, Deutch will be featured in several films including “Why Him?” “Rebel in the Rye,” and a familial effort, “The Year of Spectacular Men,” which was written by her sister Madelyn Deutch and directed by her mother, Lea Thompson. On filming with family, Deutch described the experience as “a challenge, but a good challenge. We learned a lot about our relationships.”

Specifically, the actress learned to balance patience and passion saying, “You work hardest with the people you love the most, but you have to be as patient with them as you are with people who aren’t your family.”