Harry Belafonte on Becoming a Library Lion: ‘It’s Like Being in a Humphrey Bogart Movie’

Belafonte was honored as one of the New York Public Library's Library Lions on Monday night. 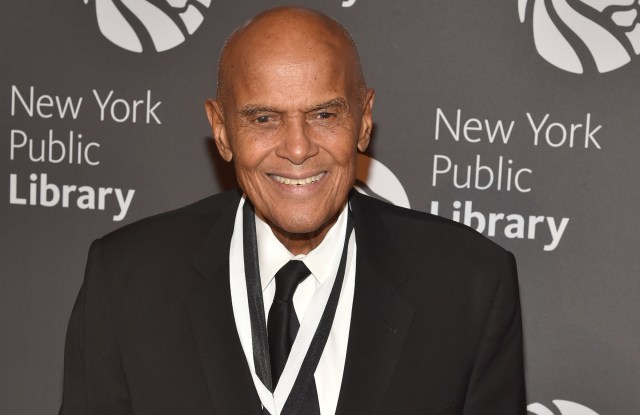 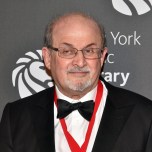 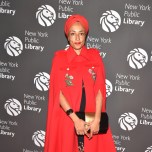 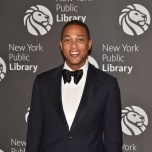 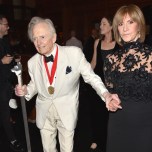 The New York Public Library inducted five new members to its class of Library Lions on Monday night: Harry Belafonte, Hilary Mantel, Javier Marías, Peggy Noonan and Colm Tóibín. Guests were invited to view an exhibit celebrating the 50th anniversary of Truman Capote’s Black & White Ball, as well as mingle with old and new Lions in the Edna Barnes Salomon Room. They were eventually ushered into the Rose Main Reading Room, which had been undergoing renovations for more than two years.

“When people say ‘What do you feel like getting the Lion Award?,’ it’s like being in a Humphrey Bogart movie,” said Belafonte on his way into the McGraw Rotunda. “It’s such a mysterious society and when I was told I got it, I had to go, ‘Oh my God. What did I do? What did I do to earn it?’ I’m just very honored and touched that they offered [it to] me.”

The New York Times had published an article by Belafonte earlier that day. Titled “What Do We Have to Lose? Everything.,” the article focused heavily on Donald Trump’s, ahem, flaws.

“I’m almost 90 years old, Belafonte said. “I’ve been involved in every major election in America since Franklin Delano Roosevelt and of all the elections and all of the tumultuous times in which we’ve lived, nothing is as important as this election. I think Americans are at a major crossroads and if we didn’t turn out for this one and do the right thing, I think we’d be into the Dark Ages for a long time to come.”

“I just thought that whatever I could do to make a difference, I’ll step in and do it,” he continued. “I just kinda took a gamble that the New York Times would publish the article, but I wrote it. I’m reminded of the things Langston Hughes and I talked about so often and I quoted him in the article. I’m glad we got in just under the deadline.” Belafonte quoted Hughes’ “Let America Be America Again” in the article.

Unlike Belafonte, Zadie Smith wasn’t feeling so well. “Oh, dude, I just, I’ve got a stomach virus and I’m not thinking very well right now,” she said when asked about being a Library Lion. “You got me. I thought you were gonna ask me about my clothes. I have no ideas about Library Lion right now.” A stomach virus didn’t stop her from looking her best. She wore an “old Miu Miu dress” and a red head wrap to match.

“This is one of the great institutions in the world if you’re a reader or a writer or even a citizen in a way — this great democratic institution, the New York Public Library,” Tóibín said of being named a Library Lion. “Being honored by it in this way really means a huge amount to me.” Tóibín, along with Mantel, Marías and Noonan, participated in a book signing later that night.