Magnolia Pictures' documentary is an semi-encyclopedic look at modern American history and pop culture — a beleagured Richard Nixon and other presidential portraits, the Beatles’ first U.S. trip and Michael Jackson relaxing at Neverland among other icons. 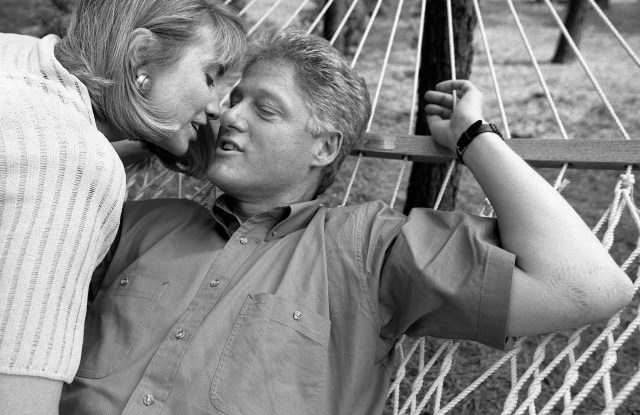 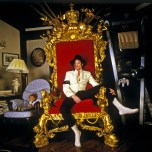 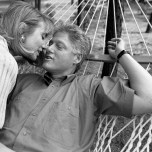 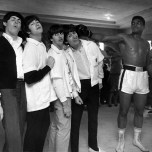 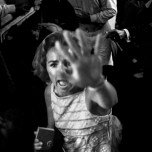 On the eve of his 87th birthday Thursday, Harry Benson took a far and wide look at his storied career — with a few hundred friends watching.

Before the lights went down at Magnolia Pictures and The Cinema Society’s premiere of “Harry Benson: Shoot First,” Benson chatted about one of the challenges of making the film, “Reminiscing made me feel old.”

The 90-minute documentary is an semi-encyclopedic look at modern American history and pop culture — a beleagured Richard Nixon and other presidential portraits, the Beatles’ first U.S. trip, Truman Capote’s Black and White Ball, Michael Jackson relaxing at Neverland, an aged Greta Garbo in a chin-strapped bathing cap swimming out to sea, and the aftermath following the assassinations of Martin Luther King Jr. and Robert K. Kennedy are among the milestones he captured. A rakish-looking Donald Trump is also featured.

Waving at a bundled-up, ski-bound photo of Jackie Kennedy, Benson said, “But we know who it is right away because of the eyes. So she didn’t get it by covering herself up.” Kennedy’s sister Lee Radziwill (in a Moncler jacket) took a seat in the subterranean Second Avenue theater, as did Harry Evans, Cornelia Guest and Jay McInerney. Hilary Geary Ross was on her own at the screening since her newly appointed Commerce Secretary husband Wilbur was “off working,” according to Benson’s wife Gigi. A clutch of designers also caught the documentary — Loree Rodkin, Gilles Mendel, Charlotte Ronson and Shoshanna Lonstein Gruss.

Looking at a movie poster image of Bill and Hillary Clinton entwined on a hammock, Benson quipped, “If she had won, I would have made a lot of money because it would have been two presidents. I like it because they don’t kiss.” Pointing toward an image of a masked freedom fighter armed-and-ready in an embankment, Benson said, “I was with the IRA in Northern Ireland. I didn’t take comfortable pictures,” before moving on to a close-up of Muhammad Ali taken while he was training to fight George Foreman.

The photographer also captured the frenzy that followed Robert F. Kennedy’s assassination at the Ambassador Hotel in 1968 including the iconic image of his wife Ethel shouting with her arm extended toward the camera. “I’m very proud of this because this was a hard news story. This is self-serving, but I’m the only photographer who has ever covered an assassination from start to finish. For me, this was the nightmare. He’d just gotten his head blown off.”

Benson also captured the thousands of mourners who lined the railroad tracks as Kennedy’s body was taken by train to Washington, D.C., and the funeral that followed.

After having a word with newsman Dan Rather, one of many notables featured in the film, Benson said, “He was always the best. The thing about Dan Rather was you saw him in dangerous places. You never saw the other network guys. They would be back at the hotel on the roof [broadcasting], but Dan was roughing it. I would see Dan doing the dirty stuff.” When Rather dismissed the praise as Benson being “very nice,” the photographer stood his ground. “No, you know what I mean — Afghanistan and…”

“I know — believe me,” Rather’s wife Jean jumped in.

“I’m still trying to process the election. Obviously, the press including myself made some mistakes. But it was a unique election. Most presidential elections are very special, but we’ve never had anybody like a Trump run,” Rather said. “I think it took the press a while to adjust to that reality, and we didn’t always adjust to it very well. We’ve got a lot to answer for. I don’t mean answer for the decision that was made in the election but the coverage.”

As for the media being removed from the American public and not getting out enough to speak with people, the former CBS anchor said, “I don’t put much stock in that. You know I’m a Texan by birth and by choice. I wasn’t born to privilege or place. I went to nothing but public schools. I don’t agree with that particular criticism.”

Benson was in search of criticism, telling a guest, “Let me know, when you’ve seen the show. And lie to me. Tell me that you thought it was great.”

He added, “Because I’m an old man, that’s the thing, you wish you’d had done them better.”