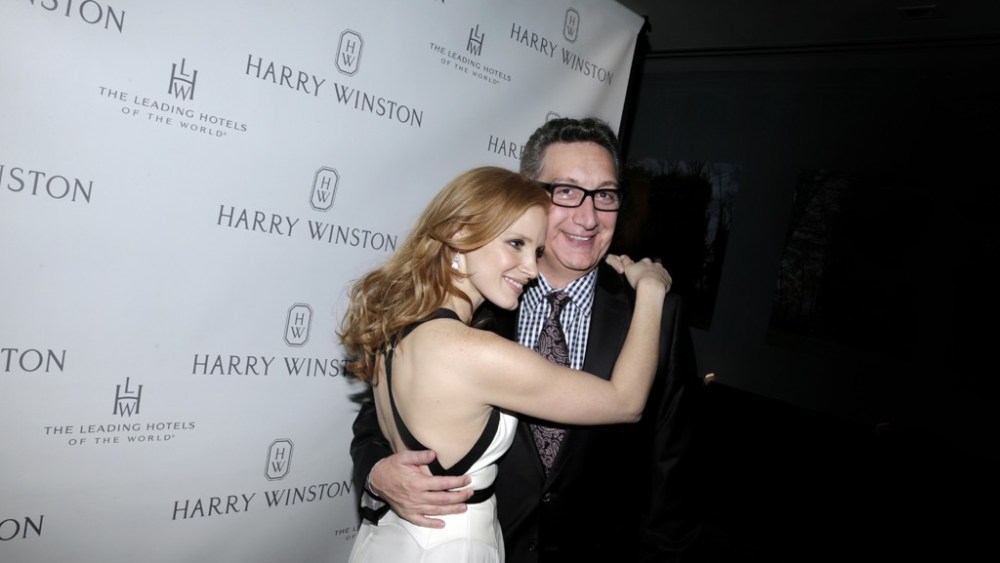 Broadway is often a stepping-stone for successful actors, a stop on the long, strange trip to Hollywood. While there’s been an influx of movie stars doing the reverse commute in recent years, for Jessica Chastain the relationship has proven more cyclical.

“I spent my life in the theater, the majority of it,” the auburn-locked starlet said, standing in Ai Fiori at the Setai Fifth Avenue on Monday night. “That’s where my training originated. I’ve only been doing movies for about four years.”

Harry Winston hosted a dinner in honor of the actress and her cast mates in “The Heiress,” which opens Nov. 1. The Broadway revival of the 1947 play by Ruth and Augustus Goetz, itself an adaptation from the Henry James novella “Washington Square,” stars Chastain as Catherine, the sheltered daughter of an affluent, emotionally distant New York society man in the mid-19th century.

“I loved the costumes but I’m really glad I didn’t live in that time period. We’re wearing corsets, mini petticoats and collars that come up to here,” she said, motioning to her chin. “Luckily, I have this amazing dresser so I kind of just come off stage and she does everything. I just stand there like this,” the actress said raising her arms. “And in 10 seconds she has me in a completely different outfit.”

“I love this one so much because I felt like it played off of the flowers of the dress,” she said, holding up her forearm, bejeweled by a diamond encrusted bracelet that took the Harry Winston team nearly a year to create (the necklace Chastain wore, a year and a half).

Cast mate Dan Stevens, of “Downton Abbey” fame, as well as a slew of nonthespians — Francisco Costa, Georgina Chapman, Hilary Rhoda, Elettra Wiedemann, Rachel Roy, Olivia Palermo, Thakoon Panichgul and Zani Gugelmann — noshed on passed canapés and swapped theater-going stories by the bar. “Theater is just so important, vital really, to New York City,” said Zac Posen, who stuck close to Rhoda, clad in a crimson gown by the designer, most of the evening. “I love that these great actresses from film are entering into stage and taking that risk. It brings a whole new audience of people in who normally wouldn’t go see live theater.”

“My mother actually took me to ‘Angels in America’ when I was like 10 years old,” Christina Ricci said before taking her dinner seat. “It was highly inappropriate.”