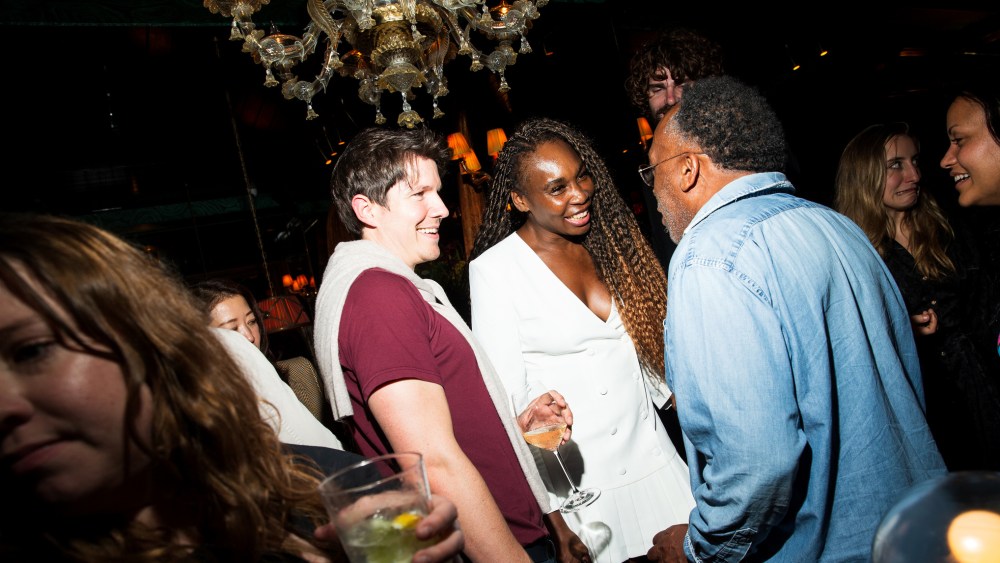 It was still two days before the public opening of Art Basel Miami Beach but the week had already peaked for the VIP crowd. Tuesday marked the “first choice” private preview day for the fair, always the buzziest day for serious collectors. Fair regular Leonardo DiCaprio was spotted pursuing the offerings earlier in the day, as were Pharrell Williams, Amar’e Stoudemire, Sophie Turner and Joe Jonas, Martha Stewart and Venus Williams.

Later that night, both Jonas and Williams stopped by Hauser & Wirth and MOCA’s dinner party at Carbone in South Beach. The gallery and museum had booked out the restaurant in celebration of artist Henry Taylor, whose retrospective exhibition, “B Side,” opened at MOCA in Los Angeles in early November. Williams, one of Taylor’s collectors, was introduced to the lively artist soon after his arrival mid-party.

Other guests included art world insiders like Sheree Hovsepian, who was painted by Taylor for the cover of the latest issue of Hauser & Wirth’s Ursula magazine; photographer Jeremy Kost, and DJ Mike Deleasa. The bustling room continued to swell late into the evening, as groups packed into the restaurant’s booths to catch up on highlights from the fair and trade intel for the remainder of the week.