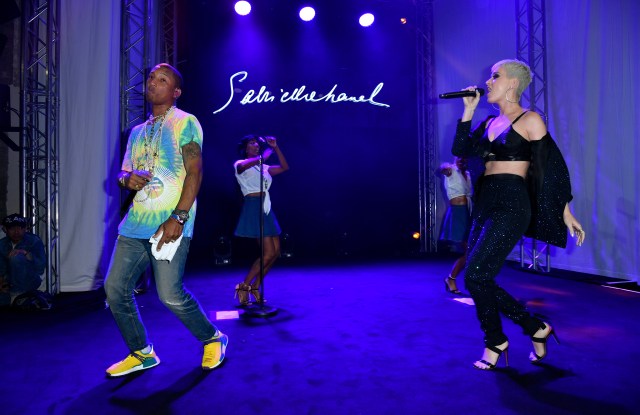 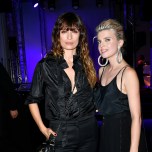 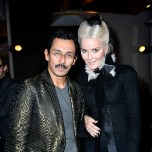 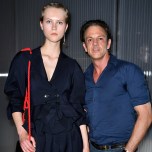 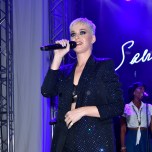 All the stops were pulled out for the party celebrating the new women’s fragrance Gabrielle Chanel in Paris on Tuesday night. For it, the house of Chanel took over a large swath of the Palais de Tokyo.

Kristen Stewart, Haider Ackermann and Daphne Guinness were among the attendees invited to explore rooms of the museum revealing various facets, including the spirit, of the perfume.

The first corridor, for instance, was set up like a maze with mirrored walls and floors lined with declarations of Gabrielle Chanel herself, such as: “I decided who I wanted to be and that is who I am.”

Cocktails ensued in the museum’s cavernous, rough-hewn space and on a terrace, which was followed by the surprise act of the night: A performance by Pharrell Williams.

“The concept — everything that the Chanel legacy is, added to it tonight is a beautiful, beautiful fragrance. There’s nothing like a beautiful smell,” said Williams, standing on stage before a packed crowd. “And I say that because back in my country, sometimes some conversations smell like s–t.

“A shout-out to Chanel for making a smell that can bring better scents and odors to this world,” the singer continued. “I don’t know about you, but nothing can keep me down. How do you feel? Shall we?”

Everyone went crazy, and he treated guests to songs including “Yellow Light,” “Lose Yourself to Dance” and “Happy.”

The crowd was more than happy — ecstatic, even, when he called Katy Perry to join him to sing “Feels.” Williams also tried to lure Chanel’s “maestro” onstage, though Karl Lagerfeld resisted. “Everyone make some noise for K.L.!” Williams commanded.

Prior to the concert, there was a lot of chatter about perfume.

“I like it to feel not necessarily feminine.…I like a bit of masculine tone, a strong fragrance. But I also like it to be something I can wear in the day,” said actress Kaya Scodelario, who added she’s in negotiations to make a new indie film.

“I don’t like perfume if it’s too strong, because I don’t want it to overcome my personality,” said Caroline de Maigret. “What I’m searching for always is the smell that [seems] like I’m coming out of the shower — clean and fresh.”

De Maigret’s rock band FFF (French Fun Federation) just came out with its first single, and another is set to be released soon by her label Bonus Tracks Records.

Cécile Cassel (aka HollySiz), who is olfactorily partial to white flowers, said she’s gearing up for her next album due out in January.

Yazbukey shared that she’s working on another makeup collection, following the capsule she already created with Shu Uemura. “It’s something I like to explore because it’s the same thing as my own brand, whose story is all about trompe l’oeil.”

Ronald van der Kemp revealed: “I’m thinking of developing a perfume. It’s just brainstorming [now]. I would love to do it. It would be something different from the perfume that you know.”

Chanel’s perfumer Olivier Polge, who created the Gabrielle perfume, said: “What is interesting to me is that when you speak about Chanel fragrances, you always end up somehow speaking about flowers. I really created…this fragrance around the typical white flowers that define [the house’s] identity.”