Rick Owens, Cindy Bruna, Ellen von Unwerth and the "Teen Wolf" cast were among guests taking in a performance by former French first lady Carla Bruni at the charity dinner. 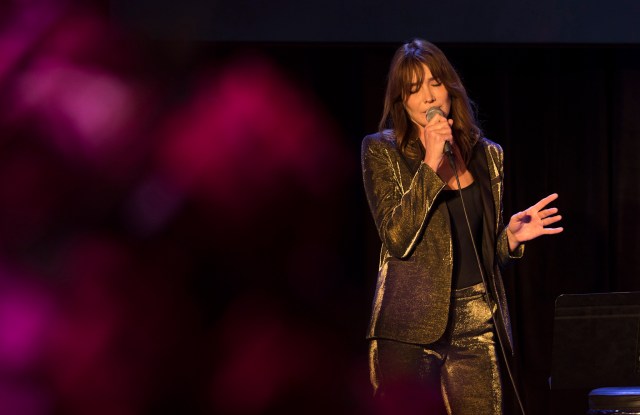 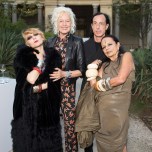 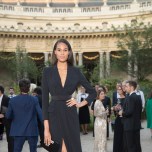 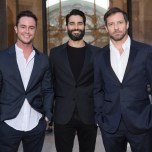 WEREWOLVES IN PARIS: For its now annual Paris charity dinner, amfAR held the third edition in the Petit Palais on Sunday night. Rick Owens, Michèle Lamy, Caroline Vreeland, Cindy Bruna, Ulyana Sergeenko and the cast of “Teen Wolf” were among those who stepped away from the whirlwind of couture to attend the event.

“You don’t know what your legacy will be because [it] will be every single life you touch,” amfAR chairman Kevin Frost said, loosely quoting Maya Angelou as he welcomed the evening’s performer, former first lady of France Carla Bruni.

Designer Gabriele “Bebe” Moratti, who bid hard and paid 20,000 euros to win a Terry O’Neill photograph of David Bowie during his Diamond Dogs promo, agreed. “In fashion, we have the possibility to reverse [unsustainable practices of the industry] if we start using the far-reaching message that we have. If we all use standards of a certain level, use the power of communication to spread the right messages, we can enact change,” he said.

On his upcoming Redemption collection, he revealed it was “going to be very old-school. The theme is Hollywood in its heyday, [a period where] celebrities and designers were interlinked, and you kind of knew a marriage of style was being created. Today, celebrities tend to go to the highest bidder.”

Ellen von Unwerth also had the younger generation in mind. The end of the week will see her in Arles, where she is to judge at the photography festival. Budding photographers wanting to catch her eye would be well advised to present “something quirky, something sexy,” she said, a subject mastered by the photographers whose work went under the hammer. Pictures by Gilles Bensimon (a print of Audrey Hepburn’s last fashion editorial and the conclusion to her lifelong friendship with Hubert de Givenchy,) Jean Pigozzi and Christopher Makos scooped up a total of 31,500 euros.

“I feel it’s my duty to teach the younger, inexperienced people to behave. [My method] is a combination of education, old-fashioned mentoring, and every once in a while, a good ass-kicking,” said Ian Bohen, who was in town with fellow “Teen Wolf” actors Tyler Hoechlin and Ryan Kelley — respectively Peter Hale, Derek Hale and Jordan Parrish to show fans — to promote the final 10 episodes of the series, set to air in the United States “around the end of August,” Hoechlin teased.

The actor, who also plays Superman in the CW’s “Supergirl,” waxed lyrical about being in Paris, while his companions looked on with amusement. Between Hoechlin and Bohen, both in Tommy Hilfiger, Kelley admitted he was wearing Zara, which he’d had to buy as he had not anticipated being invited to the event. “All I brought were bathing suits and tank tops,” he bemoaned, having anticipated he’d be touring Southern France and its seaside. “It’s still early, there’s still a chance we end up in the [garden’s] pond,” Bohen laughed.

Swimsuits were also in Vreeland’s future. Before heading back to film the second series of “Star,” she was planning to attend the upcoming Miami Swim Week to support Sameswim, the brand founded by her friend Shea Marie, in any way she could. “I pull my weight — I oil down the models during the shoots,” the actress said with a laugh.

Other guests at the event listening to Bruni’s covers of Depeche Mode’s “Enjoy the Silence” and the Rolling Stones’ “Miss You” included Anna Cleveland, Farida Khelfa and hairdresser John Nollet.

The evening netted under 400,000 euros. Before heading to an after party at the Plaza Athenée, hotly bid-for items included exclusive access to the world of couture and the runway shows of Sergeenko, Jean Paul Gaultier, Dior and Valentino, among other perks, next January, which went for 40,000 euros; a week on a 44-meter-long yacht for 10 guests for 110,000 euros, and an all-access pass to Cannes — which includes an invitation to the next amfAR gala — which went for 65,000 euros.