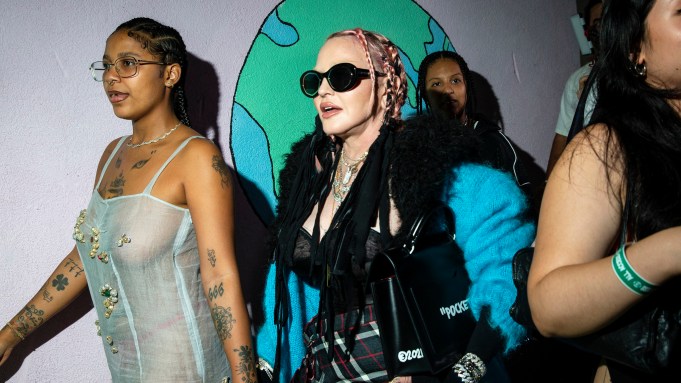 Heaven by Marc Jacobs went to the mecca of its Gen Z customer base on Saturday night: Bushwick. The brand took over the nightclub Elsewhere in celebration of its fall campaign, which stars Doja Cat — officially a cohost for the evening — Charli XCX, Dev Hynes, Pamela Anderson and Kyle MacLachlan.

The line to get into the venue stretched down Johnson Avenue and wrapped around the block shortly after the doors opened at 10 p.m., with hordes of hopeful club-goers jostling to get inside. “Everyone in this line is on the list,” one of the bouncers told a group making their case to cut to the front.

The room continued to swell in anticipation of the evening’s performers. Charli XCX bopped onstage for a succinct two-song set just after midnight, followed shortly after by PinkPantheress. Doja Cat, the finale of the evening, arrived backstage around 12:30 a.m. and took the stage soon after. But with a 3 a.m. party end time, the night was still young.