"People always ask me, ‘How do you juggle it all,’ and then I thought, ‘I wish I could clone myself,'" Klum said. 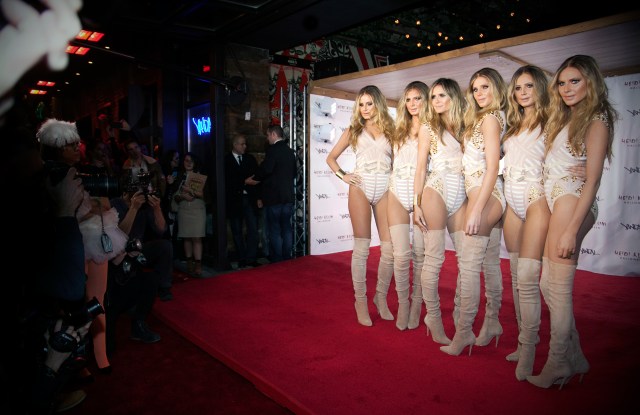 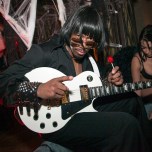 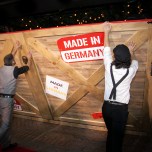 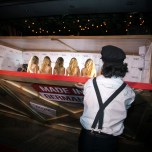 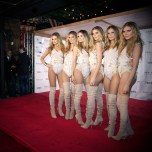 A little past midnight at Vandal in the Lower East Side, where the 17th annual Heidi Klum Halloween party was in fact nearly wrapping up, a curtain raised and a large wooden “Made in Germany” door was revealed. Guests whispered and speculated — “Is Heidi in there?” — but true to Heidi Halloween history, the big reveal would have to wait.

Klum’s Halloween parties are notorious for pulling out all the spooky stops, and Monday night was no different: jokers, devils and your requisite lingerie-clad models strutted down the red carpet before making their way inside.

Outside, the music began, lights flashed, anticipation brewed — and out Heidi came…alongside five other blonde bombshells, dressed for the evening as the famous German model’s clones, fit with facial prosthetics and fishnet tights.

“Well, my costume is basically six times me,” Klum said after making her much-awaited entrance. “People always ask me ‘How do you juggle it all?’ and then I thought ‘I wish I could clone myself’ and ‘Hmm, wait a minute, I can clone myself! I’m going to clone myself, as a matter of fact, for Halloween.’ So here we are.”

Throughout the day, Heidi had posted little hints regarding the preparation of her look for her 3.2 million Instagram followers to see, never revealing too much. “For me, it was definitely easier [than previous looks]. I mean, I was with everyone all day and I was filming everything. I wanted to give, like, little hints, but it was kind of difficult because I couldn’t film myself getting ready, so it was a little tricky,” she said of this year’s preparation process.

Her costume began with the difficult search of finding girls of the same height and body shape; girls who were also willing to stand by her side all night. “It took a while this year because, you know, I always want to have something interesting,” she said.

The Internet seemed to think she played it safe this year in comparison to some of her previous, more transformative Halloween looks — last year she was Jessica Rabbit and the year before that, an elaborate butterfly. Undeterred, Klum was buoyant as ever about her beloved season. “I just love the whole dressing up part of it. I think it loosens people up [and] it’s kind of like something to talk about,” she said on her dedication to Halloween. “I think its fun to see what people come up with.”

Though some might argue there’s nothing quite scary about the sight of Heidi Klum in a bodysuit, she protested she’d managed to scare at least a few in the evening. “My kids think it’s a little bit freaky, probably more when they see photos of all of us together. It will be even more freaky when we’re dancing inside in a little bit,” she said. “It’s going to be funny, don’t you think?”