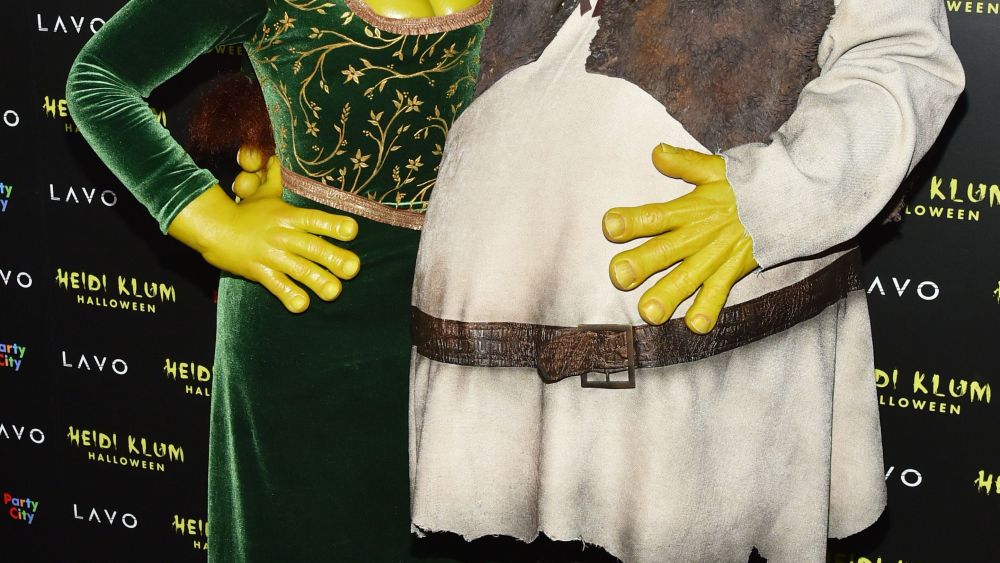 At about 10:20 p.m. on Wednesday night in New York, Heidi Klum and her boyfriend, Tom Kaulitz, rolled down 58th Street in a horse-drawn, white, pumpkin-shaped carriage dressed as Fiona and Shrek. They hadn’t just painted their faces and called it a day, either — both were wearing full-body prosthetics, masks and wigs with elaborate costumes. One passerby said “Oh, s–t, he really looks like Shrek!” Meanwhile, “I’m a Believer” by Smash Mouth blasted through speakers facing the avenue and cameras went insane with flashes as the couple descended onto a red carpet that had been installed outside of the club and restaurant Lavo. The occasion: Klum’s annual Halloween party, hosted by Party City and Svedka vodka. And the German model and television personality was pulling no punches in order to keep hold of her title as the Halloween queen.

“Everyone who loves Halloween should have a place where they can dress up and go all out,” she said, noting it took her and Kaulitz nine hours to get ready. Klum and Kaulitz kept cooing and kissing each other, rubbing noses and hugging for the cameras, but because of the prosthetics on their faces, they were just bumping plastic up against one another. Kaulitz had a particularly hard time talking with his rubber lips on.

“People are always, like, ‘I want you to be proud of my costume. We’re coming to your party, so we have to try a little harder than we normally would,’” Klum added.

And try the guests did: Zac Posen came as Willy Wonka; Questlove wore a shark suit with “Questlove Shark” appliquéd on the fins (he still wore black Yeezy 500s, though); Lupita Nyong’o dressed up in Dionne’s signature outfit from “Clueless,” and Winnie Harlow was RuPaul.

Bella Hadid and The Weeknd, who dressed as Lydia and Beetle Juice, respectively, caused mayhem when they stepped out of a black SUV. Paparazzi stationed outside the venue began pushing people over to get their shot. Hadid and The Weeknd rushed through the crowd, some of whom were screaming, “Yaaaassss!” and “Icon!”

Inside, the event looked just like a Party City store. There were fake ghouls lining the perimeter of the club and animatronic creepy creatures creaking all around. Questlove played The Monkees and then slid in to Anderson Paak’s “Am I Wrong,” singing along into the microphone. When Klum and Kaulitz got inside, they trooped up to the DJ booth and gave hugs to Quest. Anyone and everyone nearby had their phones out to take photos.