The German model took a break from filming her new Amazon Prime show to spend some down time at the AmfAR dinner, held at the Peninsula Hotel in Paris on Sunday. 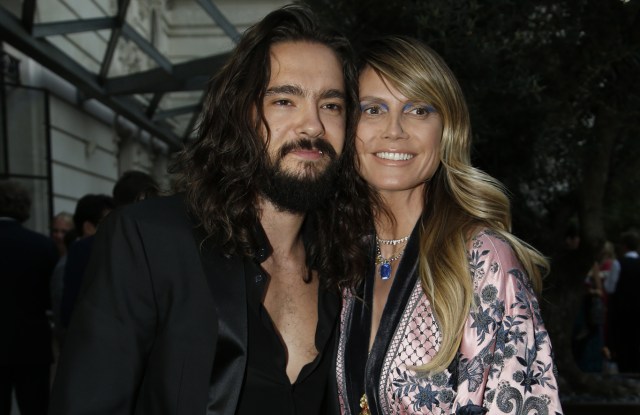 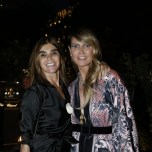 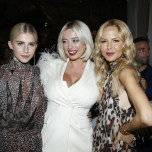 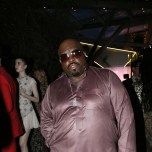 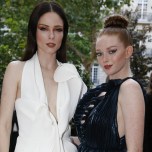 CITY OF LOVE: Two guests at the AmfAR dinner, held on Sunday at the Peninsula Hotel in Paris, were turning a lot of heads.

Heidi Klum, the German supermodel and former “Project Runway” host, took a break from filming her new Amazon Prime show “Making the Cut” to spend some quality time with her boyfriend Tom Kaulitz, 29, who had just come back from touring with his band Tokio Hotel.

“Filming has been very hot,” said Klum, in reference to the heat wave that hit Paris these last couple of weeks, while sipping cocktails on the Peninsula’s terrace. “We’ve been shooting outside a lot, because it’s even hotter indoors — there is no air conditioning here. It’s rough for the designers: They are already fatigued because they aren’t sleeping a lot and with the heat on top, it’s hard for them.”

Klum and Kaulitz, who live together in Los Angeles, were spending a couple of days in Paris to relax with the German model’s children — “today they learned how to make croissants,” crowed the proud mother — before Kaulitz goes back to the studio to record Tokio Hotel’s next album, which is set to come out at the end of the year, with a new single dropping on Aug. 23. 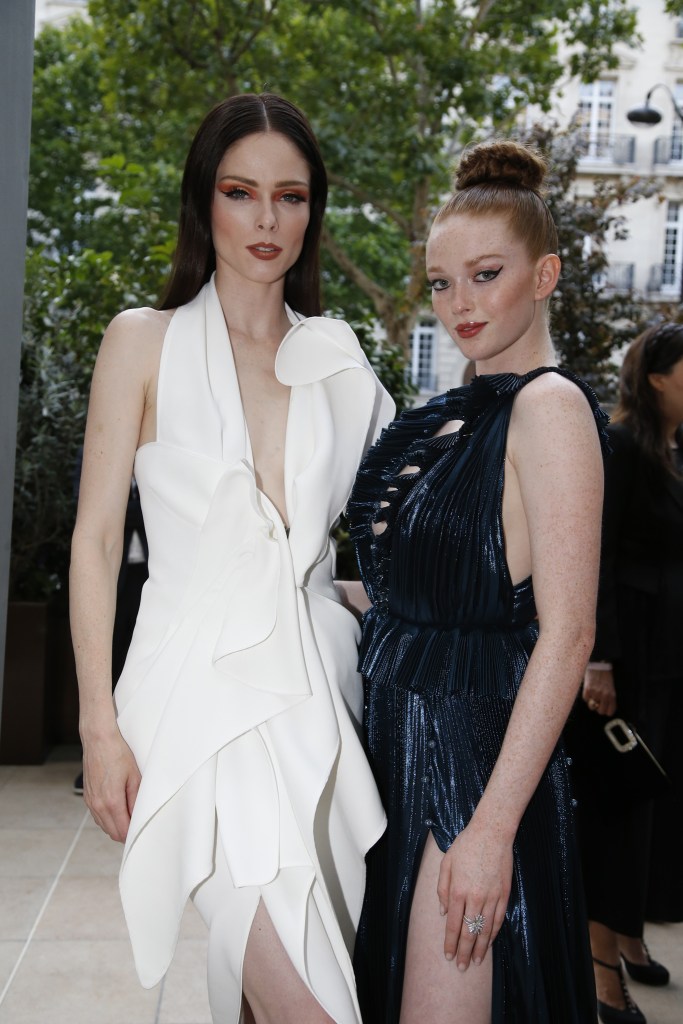 Another duo was showing some love at the charity event that night.

“Coco has taken me under her wing and really become my mentor,” said American model Larsen Thompson of model Coco Rocha, who was attending the dinner with her husband, James Conran.

“She has taught me so much about the industry and how to be myself through it all,” continued the 18-year-old model. “It’s good to have her guidance.”

That’s precisely the aim of Rocha’s model camp, which she launched in August 2018.

“We teach them the importance of their rights as smart businesswomen, how to handle meetings and contracts,” said the model, who is in Paris to walk the Jean Paul Gaultier show on Wednesday, of her multiday masterclasses held in New York. “Since it was created, 250 girls have come from all over the world. We have all types of women, body types and ages — some of them are underage and come with their moms, and one of them is 65 years old. I try to make it as diverse as I want the industry to be.”

Other guests at the event included Ellen von Unwerth — whose iconic 1991 picture of Naomi Campbell, “Playgirl,” was to be put up for auction that evening, alongside an untitled Andy Warhol print and a Chopard diamond necklace — Rachel Zoe, Michèle Lamy, models Cindy Bruna and Maria Borges, and a radiant Camila Coelho.

“The sales of my first Revolve drop are amazing and I’m so happy,” said the influencer-turned-designer of her first line of clothing, which debuted in her home country of Brazil on June 19. “We are currently working on the next collection — the drops are monthly — and there is a beauty brand coming as well.”

The doors of the Peninsula dining room opened to reveal a lavish dinner spread out under the glittering chandeliers. After the auction to benefit the charity’s cause — in Cannes, Carine Roitfeld’s fashion show managed to raise 1 million euros to support AIDS research — guests were able to enjoy an intimate concert by CeeLo Green, one half of music duo Gnarls Barkley.