The movie, which premiered in New York on Wednesday, also stars the late actor Alan Rickman. 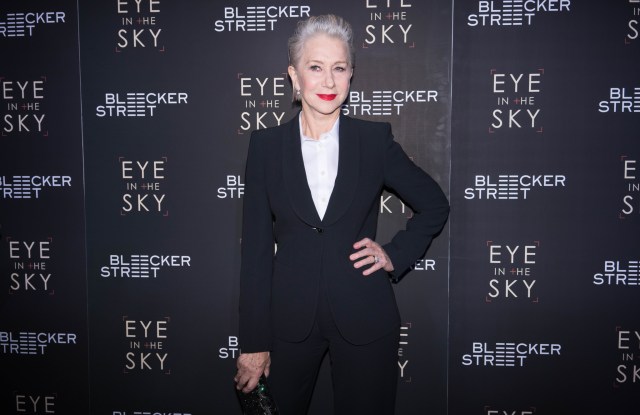 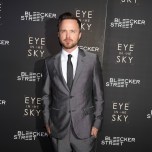 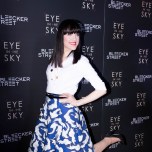 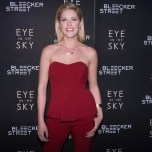 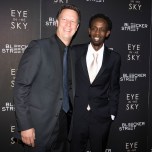 Is there a role that Dame Helen Mirren can’t play? In the actress’ latest film, “Eye in the Sky,” she’s a camo-outfitted colonel heading up an international drone operation targeting a group of terrorists in Kenya. The role, which was originally written for a male actor, was tweaked when director Gavin Hood suggested Mirren.

What drew the dame to the heavy-hitting drama?

“Not the clothes, that’s for sure,” Mirren deadpanned. “Thick canvas fatigues are not the most attractive outfits — I much prefer Armani,” she continued, gesturing toward the Giorgio Armani suit she’d selected for the evening, before jumping back into movie-promoting mode. “I thought it had the potential for being a really good if not maybe a great war film, because it takes no sides. It doesn’t propagandize in any direction; it really throws up the truthful questions and issues, moral issues and philosophical issues about war.”

The movie, which also stars the late Alan Rickman as a lieutenant general and Aaron Paul as an American pilot, is centered around the question of whether or not to strike a house, taking out their targets — and also potentially a young girl who’s outside on the street selling bread. While drone technology creeps its way into civilian life — whether it’s retail delivery or a charming cameo at a fashion show — “Eye in the Sky” highlights the heavier implications for the technology in military warfare.

“Nothing is really as black-and-white as some may see,” Paul mused on the film’s central issues. “People are either on one side of the fence or the other, and it’s a very touchy subject — lots of muddy waters. I’m so proud to be part of a film that I hope raises a lot more questions.”

The movie also has another somber presence, which is that of the late Rickman. This was his last starring role.

“I’m very moved that it’s his last film, because the person I see on this screen is Alan,” Mirren later said in tribute to the actor. “It’s Alan as he was as a person: witty, intelligent, human.” Hood reiterated her sentiments: “Alan was the most intelligent, charming, wonderful man, and I wish he was here to talk to you.”