“A lot of very famous actors like Donald don’t really want to engage, but he’s open and emotional both on and off-camera,” explained Mirren of her costar. 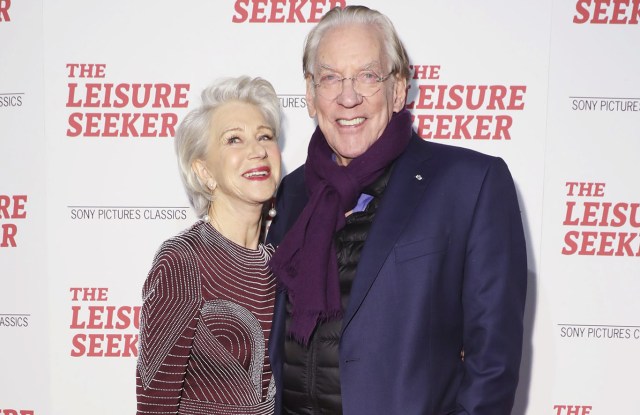 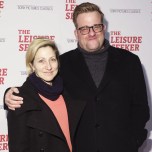 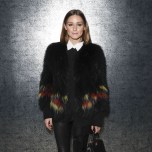 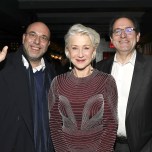 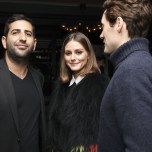 “How can we talk [while] looking at the beauty of these two human beings,” gushed director Paolo Virzì as Donald Sutherland and Helen Mirren stepped before a wall of flashbulbs at the premiere of their latest project, “The Leisure Seeker,” in New York on Thursday. “I’m just a fan — I could end my career right now.”

In Virzì’s film, the veteran actors play a married couple on one last-hurrah road trip from Boston to Key West in their vintage Seventies camper as Sutherland’s character, plagued by Alzheimer’s disease, floats in and out of lucidity. The poignant on-screen chemistry of the pair, who last worked together nearly 30 years ago, spilled into all interactions on-set, explained Mirren.

“I hadn’t seen or spoken to Donald since [about 1990],” said the British actress. “We then had a week’s rehearsal [time] to create the impression of two people who know each other inside and out, but then it’s [a matter of] luck whether the chemistry works or not.”

The success of this dynamic, for the Oscar-winning actress, is largely dependent on the emotional availability of her costars and, fortunately for Virzì — who said Sutherland and Mirren “maybe didn’t even need a director” — the rapport between the on-screen couple was nearly immediate.

“A lot of very famous actors like Donald don’t really want to engage, but he’s open and emotional both on and off-camera,” added the 72-year-old thespian. In the film, Mirren’s character is also impacted by the perils of aging, an unavoidable destiny that the Academy Award winner is willing to accept.

“You just have to relax into the reality of life,” she opined. “From the moment you’re born, an old person [inside you] sets off and one day that old person is going to be knocking on your door saying, ‘hello — here I am.’ That’s if you’re lucky, of course. You either die young or you get old. I don’t want to die young, which means I have to accept everything that comes with the rest of it. It’s just another adventure and journey.”

Mirren, who cut a regal figure in a floor-length Merlot-colored Valentino gown, said she is “done with” playing Queen Elizabeth II, despite recent fan fervor at the notion she would reprise her portrayal of the monarch in an upcoming season of Netflix’s “The Crown.” The theater of supporters Thursday evening also included Edie Falco, Olivia Palermo and Candace Bushnell.

Sutherland, who stood casually in a pair of sneakers beside his glamorous costar, explained how he studied how caregivers of Alzheimer’s and dementia patients were trained to inform his role of a former teacher whose mind was quickly fading. “I kind of reverse engineered it and didn’t try to imitate anyone,” said the 82-year-old. “I just let the character come inside me and exist.”

While some actors thrive in an improvisational setting, the Canadian-born actor was intent on sticking to Virzì’s collaborative script, which was based on a novel by Michael Zadoorian. “We [as actors] have an obligation,” remarked Sutherland. “Writers work hard and they go to great lengths to economically and articulately express what a character is feeling that. Otherwise you add too many words, like I’m doing right now.”

Leaving control of the film’s dialogue to the writers, it was Sutherland who had command of the film’s titular 1975 Winnebago along the highways and byways of the American south throughout filming.

“All driving shots is Donald actually driving,” added Mirren, who attended a party at the Empire Hotel rooftop following the screening. “With an Italian crew squashed in the back of a real, very old camper van with very bad brakes and hardly any steering — but we were in the hands of the brilliant Donald Sutherland who kept us all safe.”

Lauren Tsai on ‘Terrace House’ and Sketching to Stay Sane

Pharrell, Chanel and the Groundswell for Women’s Empowerment