Helena Christensen, Mary J. Blige Get Down at Valentino Soirée

Piccioli invited guests to Top of the Standard on Tuesday night to celebrate his resort collection, which showed earlier that day. 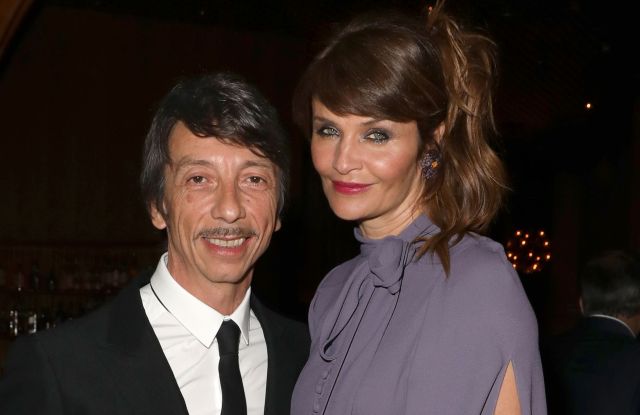 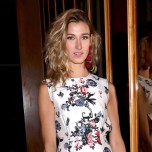 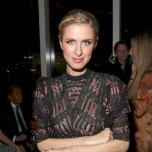 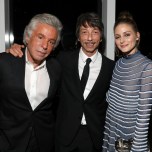 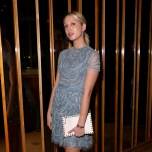 About half an hour into Pierpaolo Piccioli’s Valentino soirée, the Top of the Standard was already packed. Harley Viera-Newton was manning the DJ booth, setting the mood with electro-pop beats, and Helena Christensen was celebrating the fact that she had just gotten mayonnaise to accompany her fries.

Christensen had met Piccioli for the first time moments before and was reflecting on the collection he presented earlier in the day. “I haven’t been to a show in a while,” she said. “I was really blown away. It stunned me — the colors, the embroidery, the mixing of the power.” The model and photographer named a green tracksuit and “the first pieces that had white stitching on them” as her favorites before realizing that someone had taken her fries away.

She had just arrived in New York City from Los Angeles, where she had been photographing U2 during the band’s tour. “I was in the pit for the whole two shows, so superclose — eye-contact close — with Bono coming down to my camera,” she said, imitating the famous frontman. “I think they’re all out of focus because I got so freaked out.” Christensen also recently traveled to Ukraine for photography purposes, but will soon be in front of the camera. “I’m modeling for the next two weeks, not photographing. Tomorrow I’m doing a cover story for South African Marie Claire.”

Earlier in the night, someone had let slip that Mary J. Blige was the surprise performer. “I love her,” Piccioli said, revealing that one of his favorite songs of hers is actually a cover she did of U2’s “One.” Blige, who had been at the Cannes Film Festival just days before, took the stage soon enough to deliver throwback hits, including “Real Love” and “Family Affair.”

If only U2 had been with her.