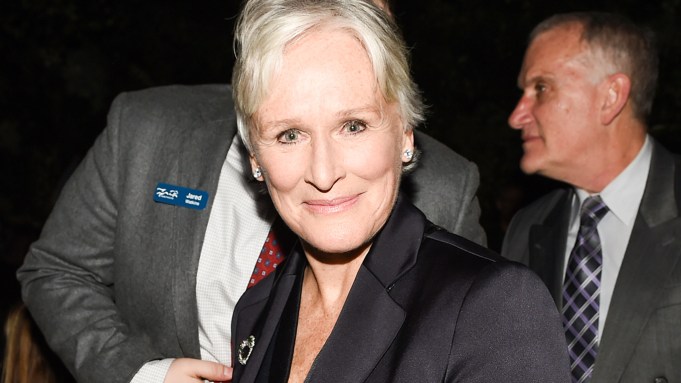 Lovers of art, Hermès and big cats alike were shuttled out to Greenwich, Conn., on Friday to celebrate the launch of “Fierce and Fragile: Big Cats in the Art of Robert Dallet,” an exhibition benefiting conservation group Panthera on display at Greenwich’s Bruce Museum through March 13 — Hermès sponsored the event. Martha Stewart, Glenn Close (chairman of Panthera’s conservation council), Annelise Peterson Winter and Fern Mallis were in attendance, as well as Dallet’s son, Frederic, on his first-ever visit to the U.S.

“Some of you will be familiar with the now deceased ambassador for his species, Cecil the lion, in Zimbabwe — that was our lion,” Thomas Kaplan, founder of Panthera said. “When you save the cats, you save the ecosystem, and you enable the people within that ecosystem to be able to thrive.”

Panthera happened to be founded in the same year Dallet died, in 2006. The initiative benefited by the Hermès collaboration will work to protect tigers, lions, jaguars, snow leopards, leopards, cheetahs, cougars and clouded leopards.

The opening walk through the exhibit was an educational opportunity for many — “Is a panther a lion? Are they in the same family?” one visitor asked his date. The exhibit at the Bruce features close to 75 of Dallet’s drawings, sketches and paintings, as well as scarves he designed for the French house.

The six items auctioned off by Sotheby’s were all specially made for the benefit and included a handmade tapestry, a first from the brand which was created over 560 hours, a hand-painted vase, and a Picotin Lock handbag with crocodile and pearl detailing. Additionally, guests also bid on two trips, one to Zambia, Botswana and Zimbabwe, and another for a four-night stay in Brazil to see the jaguars.

Not included in the auction will be a scarf and an exhibition coffee table book, which are both to be sold in Hermès stores with partial proceeds benefiting Panthera.

Stewart seemed to prefer the crocodile and pearl handbag, snapping photos of it. She curiously accessorized her own look with fur — let’s then hope Martha’s was faux.

After viewing Dallet’s art and the Hermès auction pieces, guests crossed the street to L’Escale restaurant for dinner. Those who had previously dined at L’Escale wouldn’t have recognized it — every inch had been transformed. “In 100 years I wouldn’t have known what restaurant this was!” one guest remarked to the servers.

Greenery draped from the ceiling and walls and cawing exotic bird sounds completed the jungle ambiance — perhaps to further entice bidders to raise their paddles for the trips up for auction.

“It was sort of an aligning of all the stars,” Robert Chavez, president and ceo of Hermès USA, told WWD of the partnership. “The fact that we had this treasure trove of artworks from Robert Dallet, who was a passionate supporter of big cats, and then the efforts of Panthera, whose conservation efforts are really about protecting the habitats in order to protect the big cats — it all came together piece by piece.”