When one party just isn't enough: The luxury brand celebrates its reopened San Francisco store with drinks, merriment — and horses.

The after party featured a number of performances, including a horse ballet, in honor of the Maison's equestrian roots.

SAN FRANCISCO — Hermès may be known for classic understated fare, but for its parties, it has no qualms about leaning into the theatrical. And so it went with the company’s celebration to mark the reopening of its renovated Grant Avenue location here Thursday night.

“When we were thinking about the reopening of this location and San Francisco — we’ve been in San Francisco for 32 years — it’s very much an iconic story of our heritage,” Peter Malachi, senior vice president of communications, told WWD.

The vision was to do more than push an ad campaign, he said. The brand wanted to craft an “event experience” focusing on what Hermès refers to as its first client: the horse.

Indeed, the company’s roots were front-and-center — both at the store, with its equestrian-themed merchandise, and at the after party, which highlighted a horse theme.

“We always put a lot of effort and thought into the parties, really telling a story and bringing our guests on an amazing journey,” Malachi explained.

The voyage began at the flagship, a domain stretching 9,000 square feet. Given how the city often packs in boutiques, the sprawling space felt luxurious — which is perfectly on brand for Hermès. 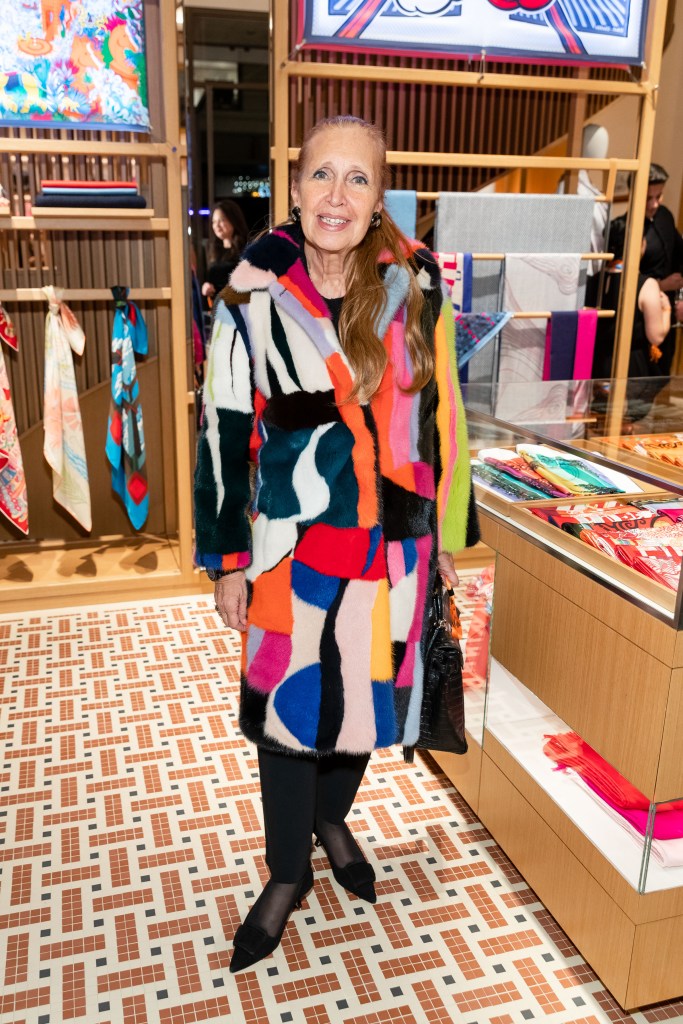 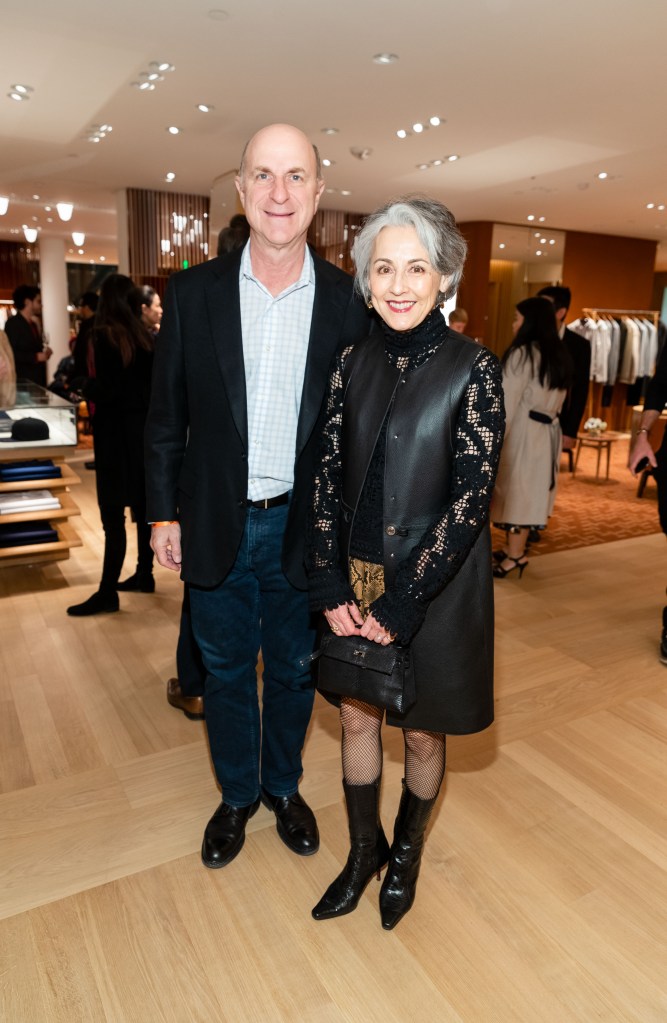 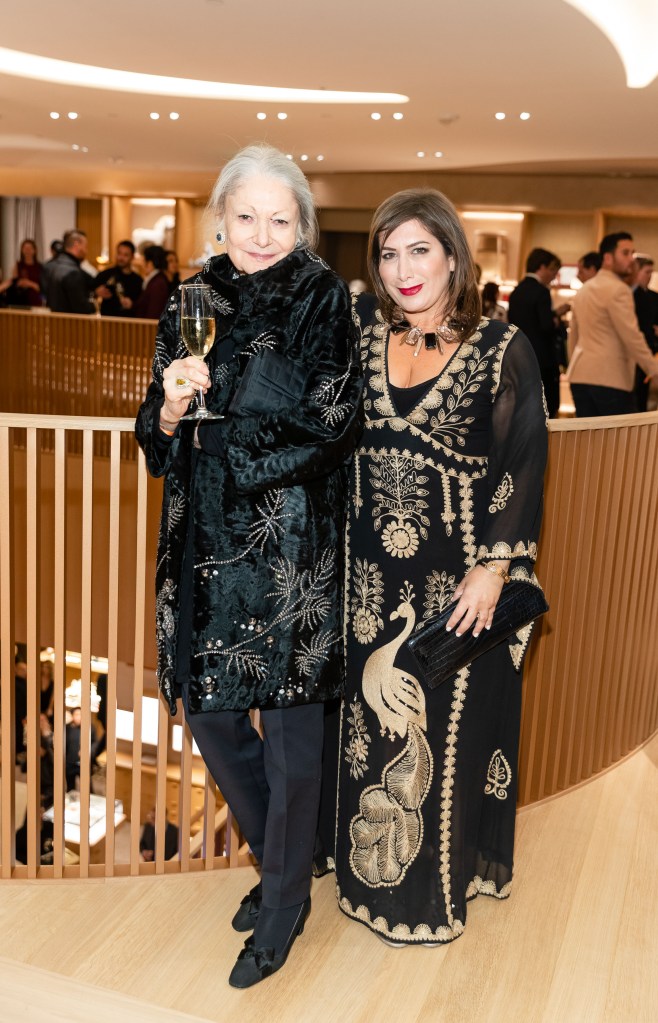 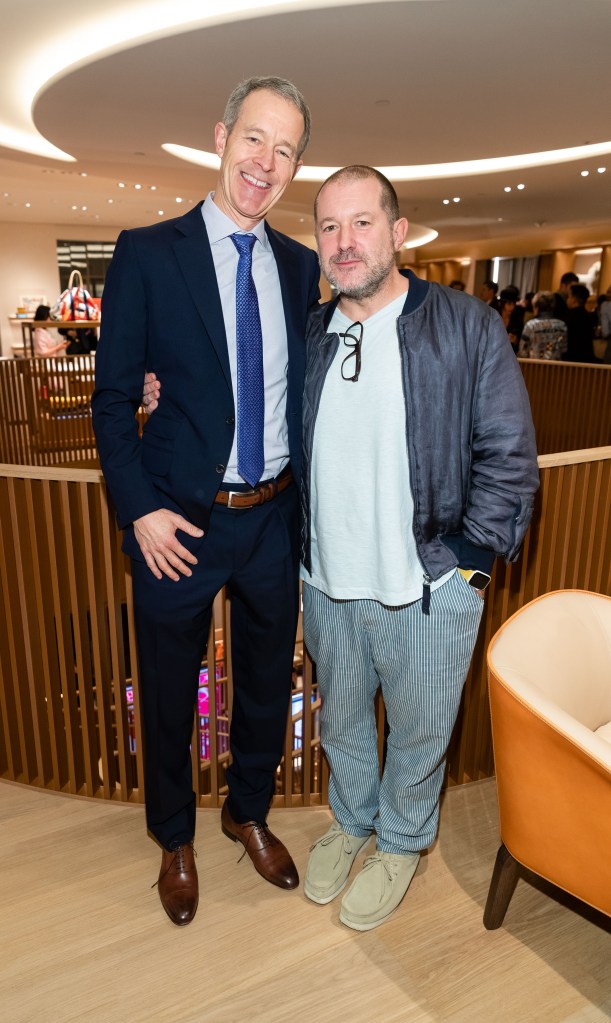 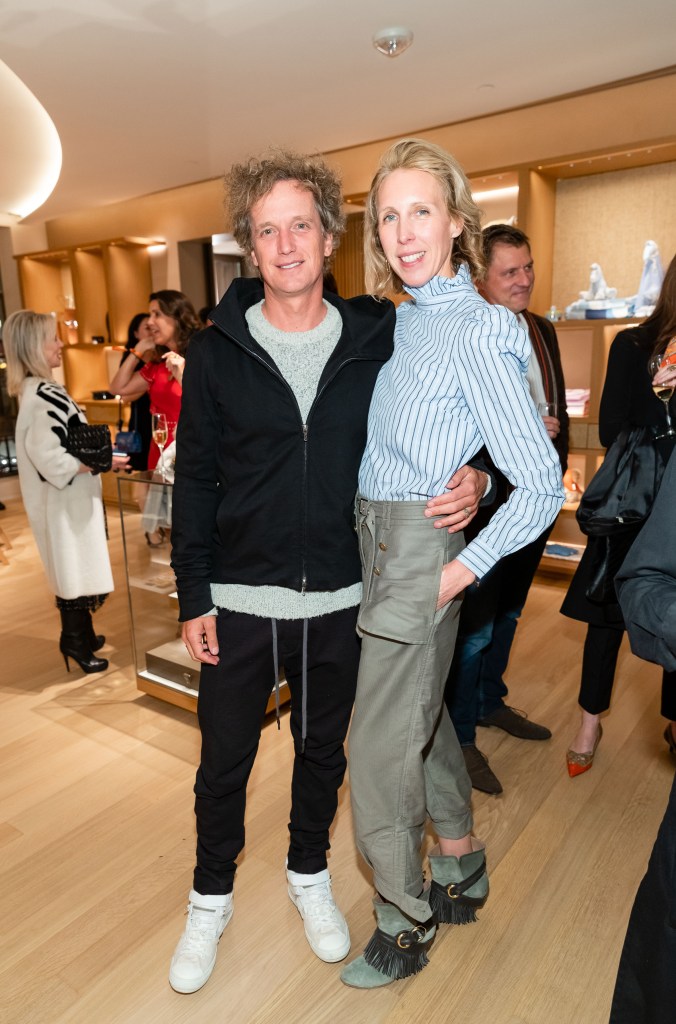 Well-clad guests numbering 500 or so took in the numerous flourishes, from the maison’s exclusives for the San Francisco location — including a new Kelly 25 bag and fishing basket bag, as well as a new calfskin Apple Watch strap in deep blue — to the appointments of its various departments.

Patrons of the brand familiar with its more petite boutiques marveled at the sheer breadth of the two-level store, with its statement staircase and lounging areas.

By the railing on the upper floor, Apple’s Jeff Williams chatted nonchalantly with Jony Ive. In other areas, Yves Behar mingled, and socialite Denise Hale, San Francisco society’s grand dame, held court with friends and associates. George Boutros, Silicon Valley’s legendary mergers and acquisitions dealmaker, toured the space with his wife, Denise, as did investor Bill and Sako Fisher, along with hundreds of other guests.

The hospitality began with Champagne and wine at the boutique, then moved to an after party at The Skylight at The Armory, 20 minutes away.

After filing onto shuttle buses, partygoers entered a circular environment reminiscent of an elevated and elegant circus tent. The atmosphere was dark, but accented with lights and gold, shimmering curtains, lending an otherworldly feel to the festivities. Attendants in horse masques greeted guests as they entered. 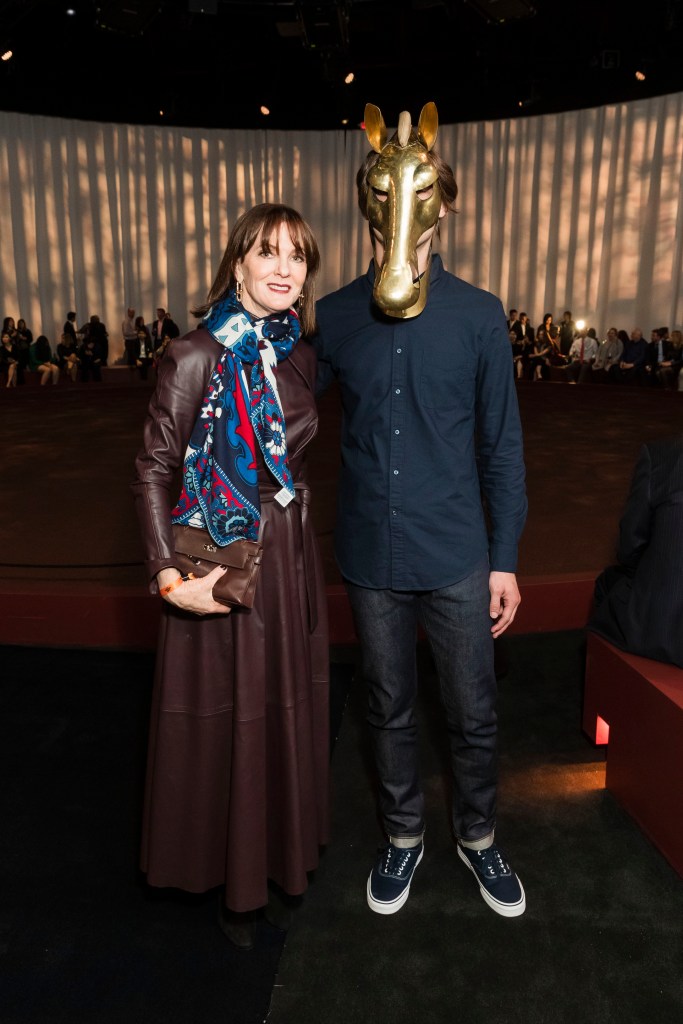 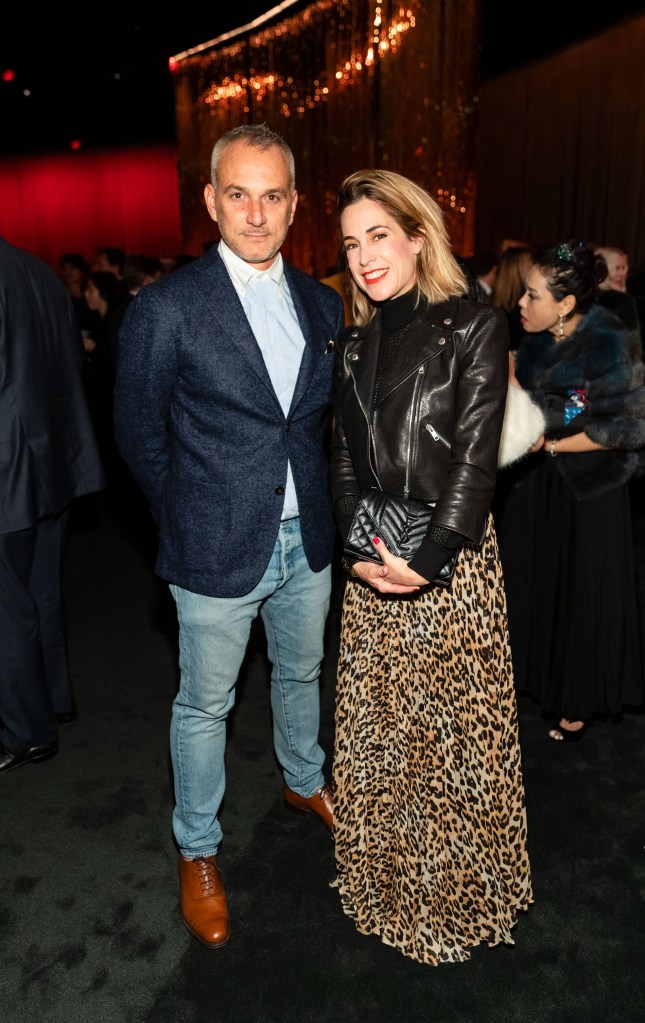 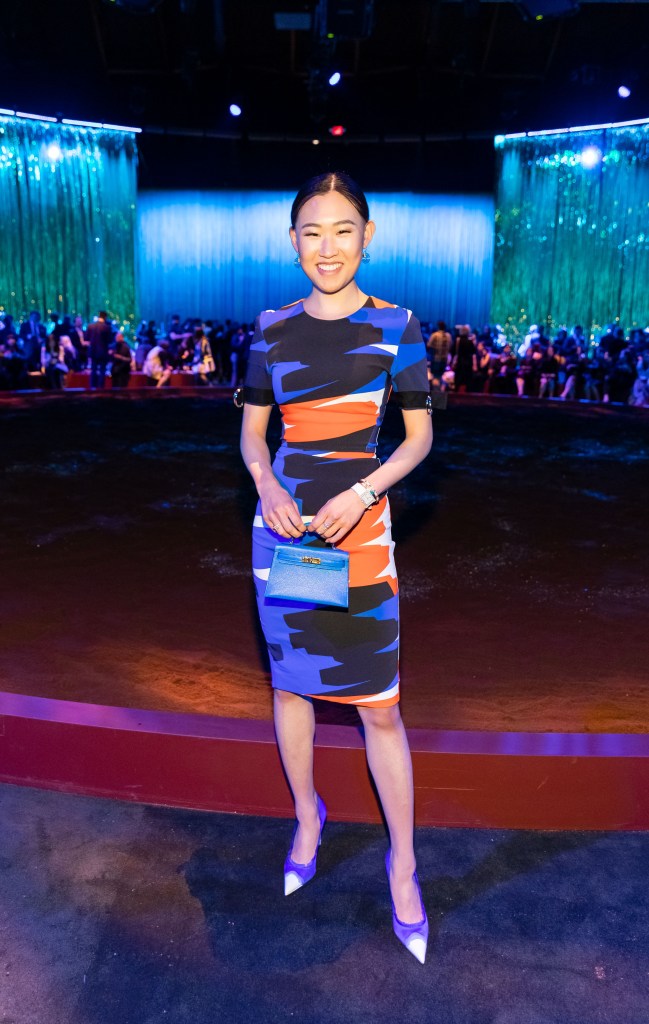 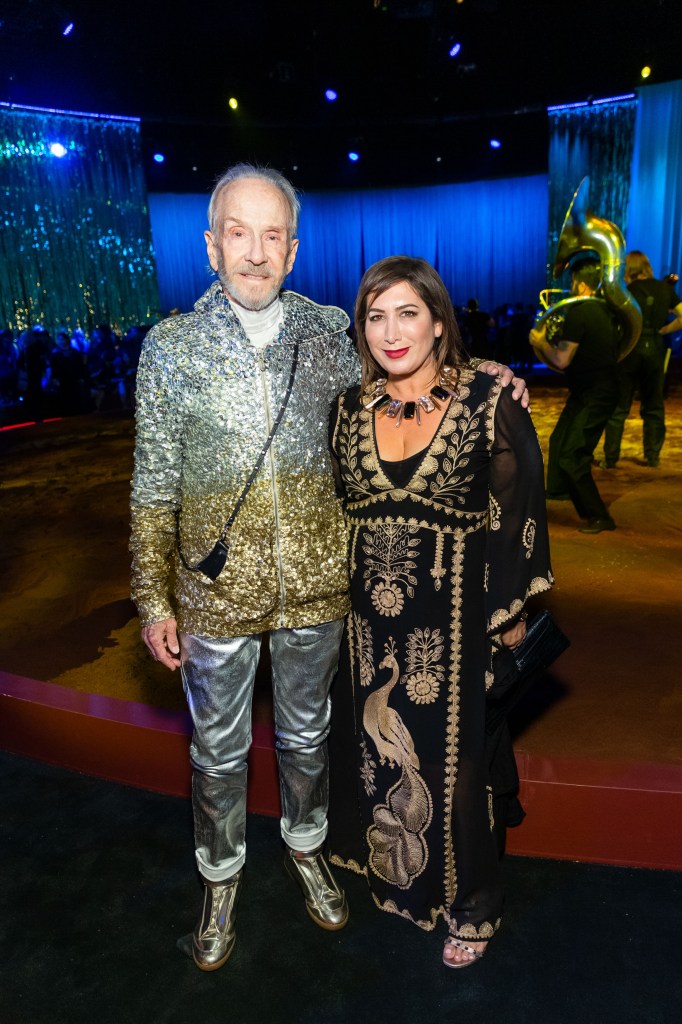 In short order, people settled in to watch a number of performances, courtesy of horse performer Judith Zagury from Shanju and New York-based performance artist Ryan McNamara, among others. The “horse ballet” — by an actual horse — was unique and ethereal, while another featured an homage to San Francisco’s Gold Rush period.

Malachi described the show as “a celebration of creativity, craft and artistry.” 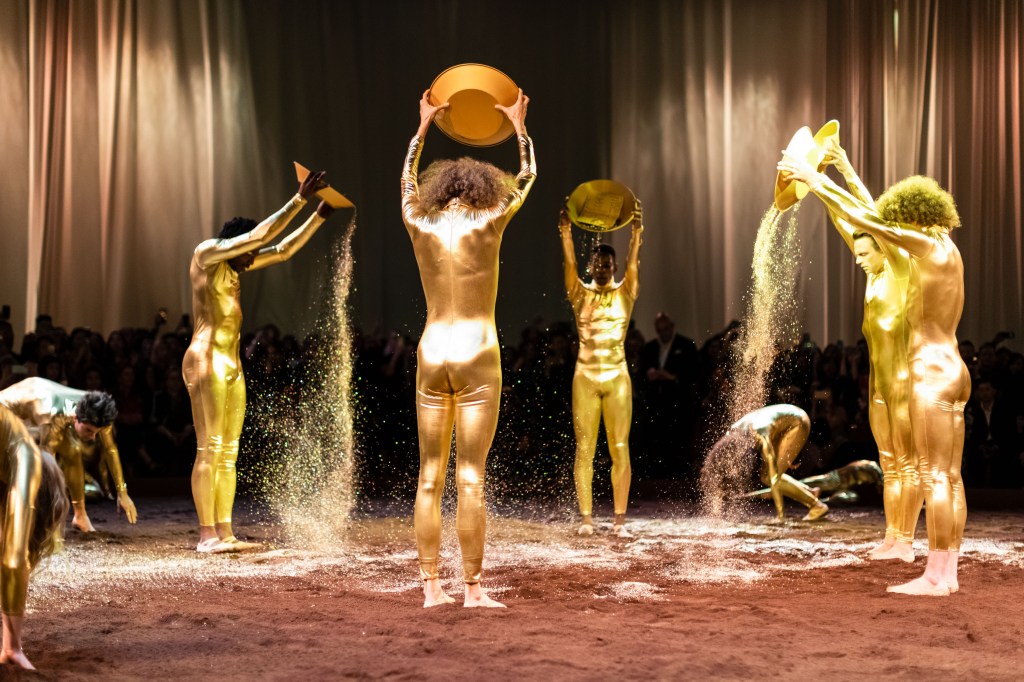 An ode to the San Francisco Gold Rush.  Arthur Kobin

Guests dined on chicken, lamb chops, beef, seared tuna, charcuterie and seafood, when they weren’t at the cocktail bar or other stations manned by on-site portrait artists, photographers and even a writer clacking out short, custom poems on a typewriter.

If people were expecting a unique mix of the understated and the theatrical, the classic and the unusual, they certainly came to the right place.