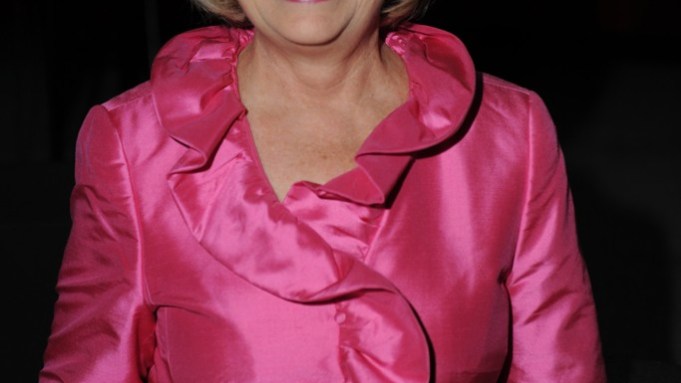 On Tuesday night, about halfway through the 20th hour of the great 2013 federal shutdown, Hillary Rodham Clinton was at Cipriani 42nd Street in New York, eight months removed from the Washington fray and in total command of the lectern.

“You know, Whoopi Goldberg and I were just talking about how people in today’s world, they know what their favorite celebrity wore to dinner last night because of social media. So let’s use social media in a more effective way to convey what brain scientists now know about brain development,” the former secretary of state said, addressing the inaugural benefit gala for child-development charity Save the Children. “I hope that all of you who are here supporting Save the Children will work with us and everyone who’s involved in this movement to try to build the best brains we can in America’s children…because there isn’t anything more important than doing that work.”

So began what could fairly be called the Season of Hillary on the fall philanthropy circuit. Though still technically in the “will she or won’t she” phase of a potential presidential run in 2016, Clinton has secured plenty of message-honing face time with coastal donor types in the coming months. This month there’s Save the Children, God’s Love We Deliver’s yearly fete and the Elton John AIDS Foundation fund-raiser in New York, then the International Medical Corps gala in Los Angeles in November and back to New York for the Elizabeth Glaser Pediatric AIDS Foundation’s annual December event.

On Tuesday night, dressed in a ruffle-accented pink jacket, Clinton delivered a 15-minute speech on the import of early childhood education that caused at least one partygoer to Google her age to — just hypothetically — figure out how old she might be in 2020 for — an again only potential talk here — second term. (She is currently 65.) Clinton held the rapt attention of a crowd that included New York Giants wide receiver Victor Cruz, actor Victor Garber and a few political legacy cases. There was a Bush (Jenna, who emceed), a Kennedy (presenter Caroline, whose nomination to ambassador to Japan was in lockout limbo) and, for good measure, a Shriver (Mark, Save the Children senior vice president). Among the night’s other honorees were Jennifer Garner and Manny Chirico, chief executive officer of PVH Corp., parent company of Calvin Klein, which underwrote the event.

After receiving the last honor of the evening, Garner, who had daughter Violet in tow, stepped back on stage to further drum the night’s haul up to $1.8 million. Attesting to the actress’ bona fides, Shriver noted that she’d personally lobbied the likes of Orrin Hatch and Rahm Emanuel for the cause.

“Maybe I should go to Washington now and see what I can do, if I’m that good,” Garner said, pantomiming an elbow bump.