Clinton's appearance prompted exclamations, gasps and applause from the audience — and tears from Perry. 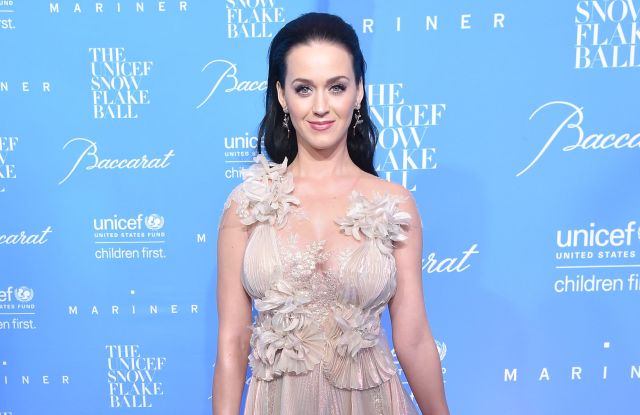 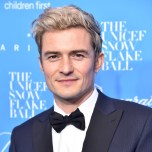 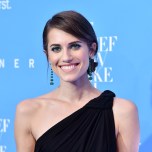 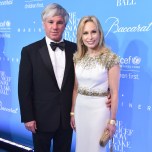 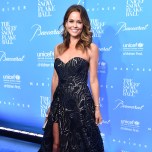 Cipriani Wall Street transformed into a winter wonderland for UNICEF’s 12th Annual Snowflake Ball on Tuesday. Dinner tables featured sparkly blue and silver cloths with Baccarat snowflake Christmas ornaments as centerpieces. Alex and Ani served as this year’s lighting sponsors, and the backs of every chair showed faces of the children the organization has helped. There were two women being honored that night — Moll Anderson with the Spirit of Compassion Award and UNICEF Goodwill Ambassador Katy Perry with the Audrey Hepburn Humanitarian Award. But much to the surprise of the guests and honorees, one more would appear to do some of the honoring.

While speaking of Perry’s work for the foundation, UNICEF’S Caryl Stern pondered whether there might be someone better fit to do so. Hillary Clinton proceeded to appear on the stage, prompting gasps, exclamations and applause from the audience, tears from Perry and a bleach-blond Orlando Bloom to comfort his girlfriend. “We’re with you, Hillary,” some shouted, to which Clinton responded with a gracious smile and wave.

“I cannot tell you how delighted I am to be here to help celebrate the recipient of this year’s Audrey Hepburn Humanitarian Award,” Clinton said. “Someone who just has the spirit and the energy and the compassion that Audrey Hepburn brought to her work for UNICEF, someone who is a global megastar, the person who is the social media queen with the most Twitter followers in the world, although she’s getting some competition.

“I have seen Katy’s commitment to the causes she believes in firsthand,” Clinton continued. “I’ve gotten to spend time with her, I know how deeply she cares about making our world a better place. She is serious about understanding the complex problems we face and pulling people together to solve them. We need champions like Katy now more than ever. Her passion, her energy and yes, her voice, louder than a lion. So, Katy Perry, congratulations and thank you so much.”

Perry, eyes wet with tears, made her way onto the stage and headed straight towards Clinton to give her a hug. “Does anyone have a tissue?” she asked the audience in a half-joking, half-serious manner. “I just want to say one thing before I start. I’ve always had a voice, a singing voice, right? But I’ve never had a voice like I’ve had before and Hillary has lit that voice inside of me. And that light will never go out. It will continue to get brighter and brighter and brighter. Thank you, Hillary. You motivate me and so many millions of people. We appreciate you.”

The exchange between Clinton and Perry was emotional. In many ways, it brought Perry’s campaign efforts for Clinton full circle. And judging from the audience’s reaction to seeing her, Clinton’s presence has been missed — at least, by some.