At 65, the outgoing Secretary of State has the charisma, social stamina and knockout star power to run for president in 2016. 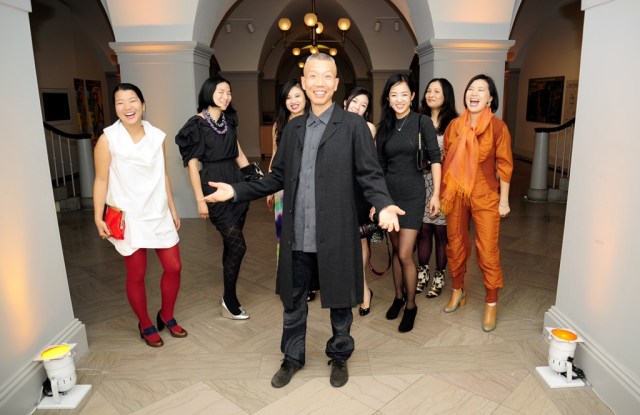 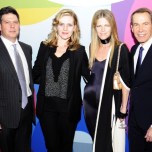 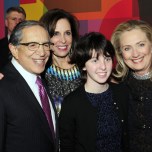 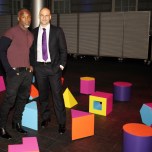 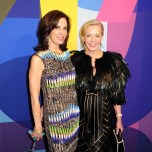 For Washington socialites, this past weekend marked a 24-hour thaw in the Social Big Chill that got started with George W. Bush and has continued with the Obamas.

And for Hillary Rodham Clinton stalwarts wondering what lies ahead, the celebrations made one thing perfectly clear — at 65, the outgoing Secretary of State has the charisma, social stamina and knockout star power to run for president in 2016.

With all the parties going on here this weekend, it was easy to miss the one that mattered most. Not the top-secret White House dinner Barack and Michelle Obama hosted Friday night to thank their wealthiest donors. Not the ceremonial Kennedy Center Honors Gala where the President and First Lady waved to the crowd from the President’s box. The best party in town was Clinton’s State Department Art in Embassies double-header, planned two years ago by her friend, top fund-raiser and Art in Embassies director Beth Dozoretz.

“What’s really important is that not one dollar of government money was spent on the 50th celebration. Every dollar was donated by sponsors, and we’re going over the top,” said Dozoretz, who has been working on the party since 2010 when she got the job widely considered one of the best political appointments in town. The program commissions American and foreign artists to design art for U.S. consulates in 200 venues in 189 countries.

RELATED STORY: No Longer a Party Divided at Sackler Museum >>

As Wendy Luers, who helped revive the program back in the Eighties, explained, “Our embassies have become such fortresses. Our art represents the best of us.”

Jo Carole Lauder, chairman of Friends of Art and Preservation in Embassies, the private charitable organization that works to raise private funds, agreed. “These artists don’t get tax deductions,” she said. “They are our real patriots.”

The celebration started with a luncheon for 225 guests in the State Department diplomatic rooms and ended with a late-night art happening at the Smithsonian Kogod Courtyard behind the National Portrait Gallery. For art lovers, the State Department luncheon brought artists Jeff Koons, Cai Guo-Qiang, Shahzia Sikander, Kiki Smith and Carrie Mae Weems together with their fans, including British Ambassador Peter Westmacott and his wife, Lady Susan; White House Social Secretary Jeremy Bernard; Manhattan gallery owners Sean Kelly, Arnold “Arne” Glimcher (founder of the Pace Gallery) and Jeanne Greenberg Rohatyn; Bank of America’s Anne Finucane, and Debra Black, whose billionaire husband Leon was the anonymous buyer who, in May, broke the record for a work of art on paper, paying $119.9 million at Sotheby’s for Edvard Munch’s “The Scream.”

But it was at the party that evening that the Obama White House crowd showed up — and where Clinton made her late-night encore.

“There are a lot of things to take satisfaction in,” said Jay Carney, White House press secretary, wandering into the crowd alongside 700 artists, donors, gallery curators and Washington socialites who all turned out to celebrate. At 11 a.m., Carney had told the press corps there would be no more White House news that day even as the butlers were getting ready to entertain Obama’s top fund-raisers. Now off duty, Carney and White House celebrity chef Sam Kass joined the crowd.

Corporate sponsors helped decorate the cavernous atrium by donating a 20-foot pyramid made with Crayola crayons (to be disassembled and sent to schoolchildren when the party ended), a fortress created from Post-it notes, and a tower made of Benjamin Moore paint cans with a 30-foot staircase complete with viewing tower.

Late-night arrivals by Ann and Lloyd Hand and Elizabeth Bagley raised the question: Had they just come from dinner with the Obamas?

The trio shook their heads. “That’s a $1.5 million invitation,’’ said Bagley, who made that A-list in the Clinton White House. Also in the crowd was Clinton pal Gene Sperling, Obama’s assistant for economic policy. “I’m looking for my wife. Has anyone seen my wife?” asked Sperling, just as out on the street, three unmarked black SUVs silently pulled curb side. Out popped Hillary Clinton flanked by her top aide, White House Chief of Protocol Capricia Marshall.

Although no one would confirm or deny, it appeared, as Dozoretz came out to greet her guests, that Clinton had slipped out of the president’s dinner to party-hop.