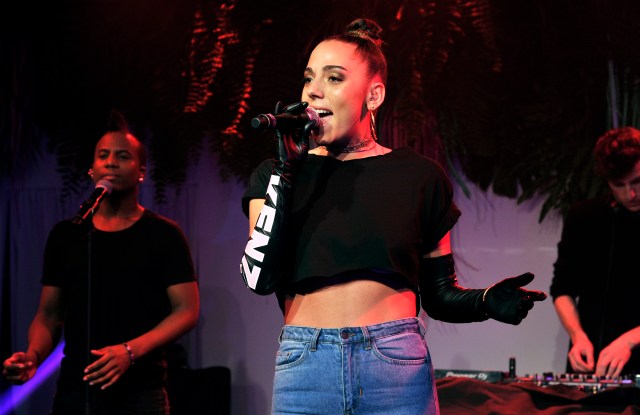 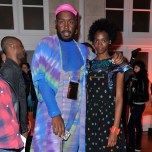 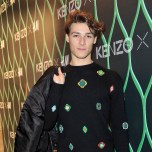 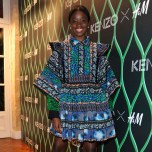 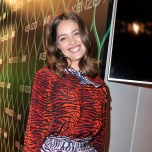 Kenzo X H&M: Designs for All


COLOR POP: H&M celebrated the launch of its collaboration with Kenzo with a party on Wednesday night in a historic townhouse in the Marais district of Paris that drew a mix of rising actors and models dressed in colorful pieces from the collection.

Karidja Touré showed off her perfect pins in a layered ruffled blue patterned dress that was already being touted for up to $499 on eBay — way above its official price of $299. The line officially went on sale the following morning.

“I checked out the whole collection on Internet and thought I should absolutely try on this dress — and it’s the one I ended up picking,” said the fashion-savvy young actress, who rose to fame in the critically acclaimed movie “Bande de filles,” or “Girlhood” overseas.

“It’s a bit Russian doll and a bit manga, and there are lots of colors — it reminds me a little of wax, the African cloth,” she added, towering on pink zebra-print heels. Touré is about to start shooting French director Alexandre Castagnetti’s new feature, “La Colle.”

Hugo Marchand was gearing up to perform in a George Balanchine program with the Paris Opera Ballet the following night. At more than 6’3’’, the dancer opted for a relatively low-key look: a black sweater with a colored medallion motif, black jeans and a bomber jacket with a patterned lining.

“I’m very tall and difficult to dress,” he said with a smile. “As a result, I am still a little original, but in a very sober way.”

Having attended the official launch party for the line in New York City last month, Kenzo creative directors Humberto Leon and Carol Lim skipped the Paris event, where guests waited in line to snap up pieces in a pop-up store on the first floor.