Hollywood Turns Out for Unite4humanity 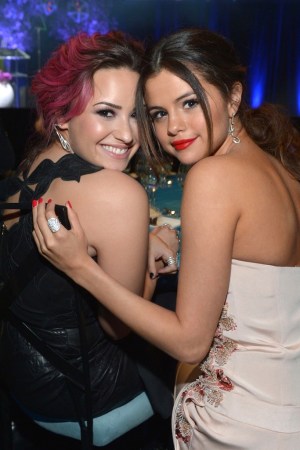 It’s a gutsy move for a charity benefit to make its debut during Oscar week, but Hollywood loves to feel good about itself, and so the awards from the Unite4humanity charity packed a full house with the likes of former President Clinton, Robert DeNiro, Martin Scorsese, Robert Kennedy Jr., Sean Penn and Julia Louis-Dreyfus.

“You know, I don’t think there are enough awards in Hollywood. Our stilettos sit in their little satin bags and don’t get enough use,” said Louis-Dreyfus, who pounded the pavement recently during the packed, lengthy awards season that precedes the Academy Awards. And it wasn’t even Sunday yet.

Clinton, the recipient of one of the awards, set the tone in his keynote speech, asking people to focus more on what they have in common rather than their differences.

“Anthony has done a good thing tonight,” he said. “Unite 4humanity is simply a way of saying nobody is right all the time and besides, we’re stuck in the same boat. We have to share the future, the prosperity, the responsibility, the obligation to live and peace and harmony. If we do it, great things will happen and this will be the most exciting time in human history. We dare not fail.”

Although it was hard to conjure an intimate vibe inside the enormous soundstage, the honored entertainers did their part to engage the crowd — Lovato and Keys by belting out ballads and DeNiro by delivering salty one-liners.

“Film is for Marty what drugs and hookers were for Jordan Belfort. I can see Marty starting the day by snorting film out of a hooker’s a–,” he said, presenting an award to his longtime friend and collaborator.

Some joke that these kinds of functions are just a way for Hollywood to pat itself on the back, and these awards took the idea to a whole new level as honorees passed around awards and congratulations among each other. Just as DeNiro gave Scorsese an award, so did DeNiro get one himself from Penn, who is also well-known for his various philanthropic projects.

“I’m no philanthropist,” DeNiro said. “Everyone knows that after the cameras go home, Sean is the one who stays to get things done.”