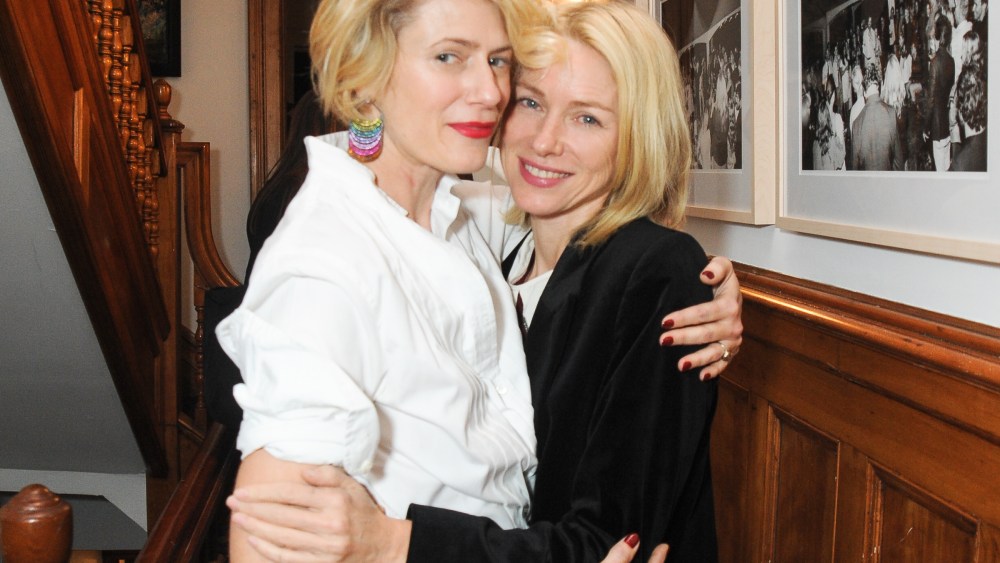 On Wednesday night a few close friends of the jewelry designer Solange Azagury-Partridge gathered in a townhouse on the Upper West Side to toast her latest collection. It was your typical cocktail party, except that the townhouse belonged to Mark and Sunrise Ruffalo, and the close friends included Julianne Moore, Naomi Watts and Susan Sarandon.

“The first time I wore her jewelry was when she worked for Boucheron, and I wore her designs to the Academy Awards with a green Tom Ford dress,” Moore said. Watts arrived teary-eyed, arriving from on set playing a grieving mother in “The Book of Henry,” Colin Trevorrow’s follow-up to the blockbuster “Jurassic World.” “She doesn’t want her picture taken,” Sunrise told a photographer before pulling her into an embrace.

The hostess had met Azagury-Partridge over a decade ago in London, and later became her U.S. exclusive, selling the baubles at her Los Angeles boutique Caviar & Kind. “She’s got such a witty imagination,” said Sunrise of Azagury-Partridge. “She’s almost winking at you, and the jewelry doesn’t take itself so seriously, which I love.”

Asked her secrets to throwing such a low-key fete, she offered up, “I’m from New Orleans, and we love a party. I think good music, good crowd…and let people smoke cigarettes if they want.” Not too far away, Jemima Kirke was taking advantage of the opportunity as she puffed on an electronic device.

Elsewhere, Mr. Ruffalo was peering at the jewelry cases with one of his three children roaming the townhouse, which the family moved into a mere six weeks ago. His forthcoming movie, “Spotlight,” in which he plays a Boston Globe journalist, is already the subject of Oscar buzz — the cast will receive a special prize from the Gotham Independent Film Awards later this month.

“It’s a serious movie,” he said. “And it’s bold in how it takes its time and allows the viewer to go on this investigation in real-time — using close-ups of spreadsheets! Which is like death in a movie. But it’s really caught on, so it’s nice to see.”

Between his film, which traces the Globe’s investigation of the Catholic Church, and Cate Blanchett’s “Truth,” journalism seems to be a key theme in this season’s films.

“It deepened my appreciation for that kind of journalism. It’s something that’s sort of disappearing,” Ruffalo continued. “I think we’re all waking up from what happened with Iraq [and the New York Times], and even on the presidential trail, I’m seeing reporters actually being reporters, asking tough questions, like really not being such lapdogs sitting at the foot of power as if completely subjected to it.”

Asked if he’s paying any attention to his own presidential race — the Academy Awards — he just laughed. “That’s a sucker’s game,” he said.