It should come as a surprise to no one that the dinner to celebrate Kim Hastreiter lured a assorted mix of generally fabulous people. 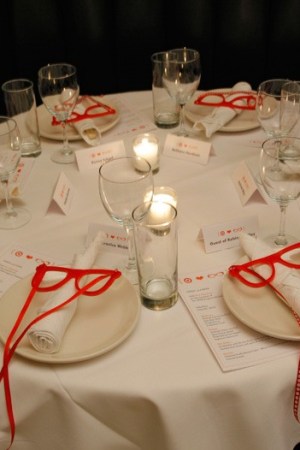 It should come as a surprise to no one that the dinner to celebrate Paper editor Kim Hastreiter and her CFDA award lured a assorted mix of generally fabulous people from the worlds of fashion, art and New York nothing-in-particular to Indochine on Sunday night.

After all, Hastreiter is known for collecting amazing friends (in fact, she curated a show entitled, “My Amazing Friends” last year) and for a talent for connecting people.

Of course, when Hastreiter took to the mic, she had but one request of her friends: “Find somebody you don’t know and go talk to them.” (If that dictat wasn’t enough to bring out the Hastreiter in everyone, there were also red plastic glasses at every place setting to take home—inspired, of course, by the editor’s trademark spectacles.)