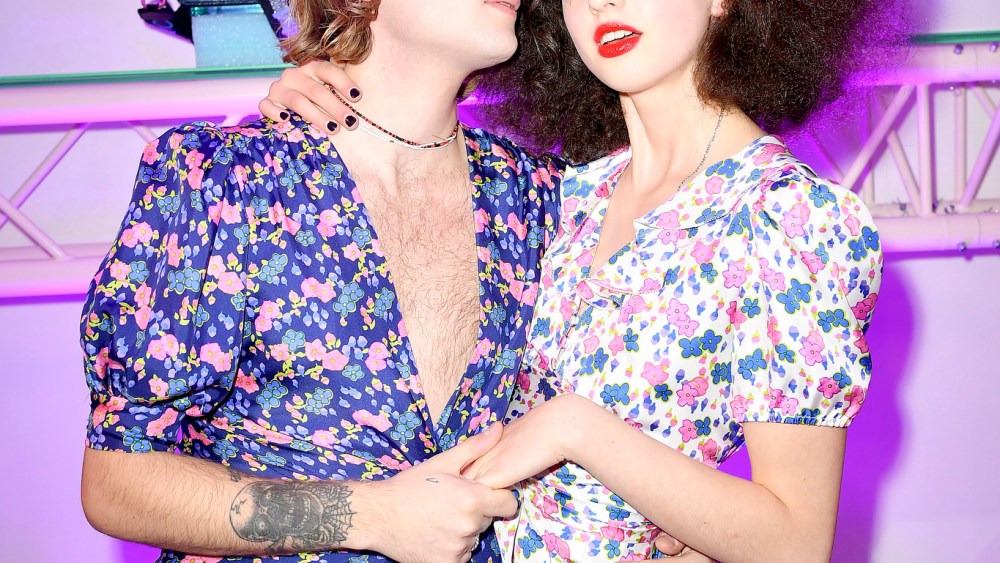 NEW YORK JE T’AIME: There was a hot-dog stand, warm pretzels and a yellow taxi parked out front — all this in the center of the Marais in Paris.

“We wanted to throw a New York-themed party,” said designer Olympia Le-Tan, creative director of ready-to-wear for Marc Jacobs’ secondary line The Marc Jacobs, at the opening party Friday for the brand’s first store in Paris.

Located on the Rue des Archives, the futuristic boutique — which carries ready-to-wear, accessories and limited-edition collaborations — was turned into a festive ode to the Big Apple with guests sipping Cosmopolitans — “like Carrie Bradshaw,” exclaimed a young Parisienne — and snacking on grilled cheese sandwiches.

“There is also eggnog, because it is the Christmas season, after all,” said Le-Tan, wearing a flower-printed silk dress.

“I’ve known Olympia since she was 16,” said de Castellane, looking fondly over at Le-Tan, who was catching up with her sister Cléo.

Talk centered around the Paris railway strikes. Castellane is planning on escaping to the country for the holidays: “That’s if I ever make it given the transport issues,” she said. Then guests compared their favorite tunes to get into the Christmas spirit: some preferred disco, while others stayed pretty predictable.

“This is the song that gets me all excited for Christmas,” gushed Le-Tan as Mariah Carey’s “All I Want For Christmas (Is You)” came on the speakers. Thankfully it only played once: respite came in the form of performers Lukas Ionesco and Clara Benador, both wearing flowery dresses, who gave a mini concert to end the evening.