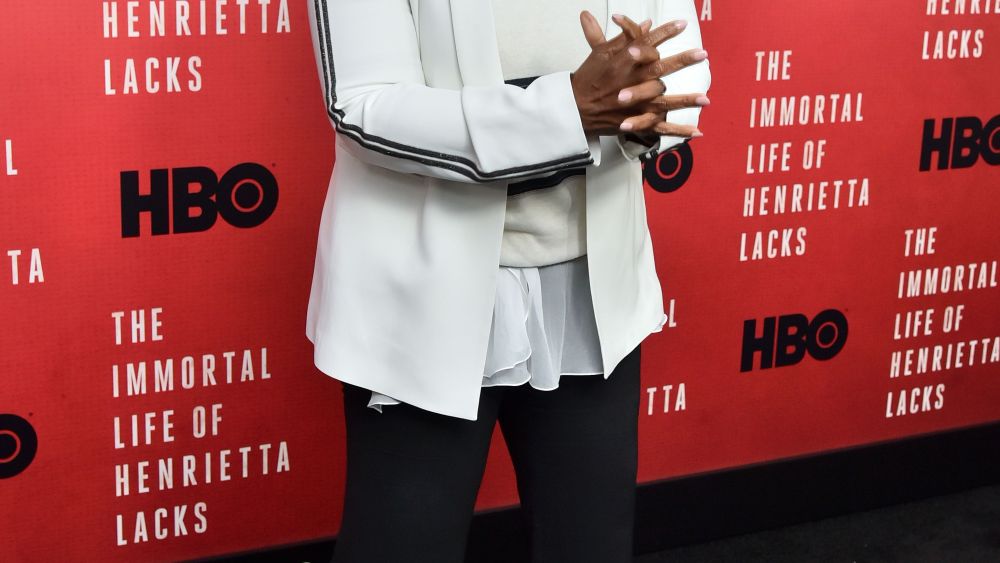 Oprah Winfrey had no hesitation in producing “The Immortal Life of Henrietta Lacks,” a HBO film based on the life of a Virginia woman whose cells were unwittingly used for years of medical testing. But the media mogul grappled with how to properly approach this impactful project given her unrivaled public influence.

“It’s the nature of my personality [that] if I find a book, a pajama, a bagel, a panini, a juicer, a car, I want you to know about it,” explained the Emmy winner at a party Tuesday at Tao Downtown in New York celebrating the film’s premiere April 22 on the cable network.

Winfrey, wearing a black-and-white Brunello Cucinelli look, knew that she needed to strategize the entire production. If she used her eponymous talk show to promote the book on which the film is based, Winfrey’s intended message could have ultimately been marred by suspicions of opportunism.

“Every book I chose sold at least a million [copies] and if I then decided to do a movie, it would be received by the public that I was choosing the book to promote the movie,” she continued as rings of selfie-seekers lurched hungrily toward the television titan. “So I purposely never chose anything [for the Oprah Book Club] that I thought I was going to do as a movie.”

Despite her untimely death from cancer in 1951 at age 31, Lacks’ uniquely reproductive cells have been continually used by scientists in biomedical research over the past 60 years, including testing of the first polio vaccine in the Fifties.

“I actually felt that [I’ve further immortalized Lacks] for the first time today,” Winfrey continued. “I feel very satisfied. You know, the word ‘satisfaction,’ which The Rolling Stones immortalized forever — I feel a great sense of satisfaction that this has been completed. It feels like the end of the story for me.”