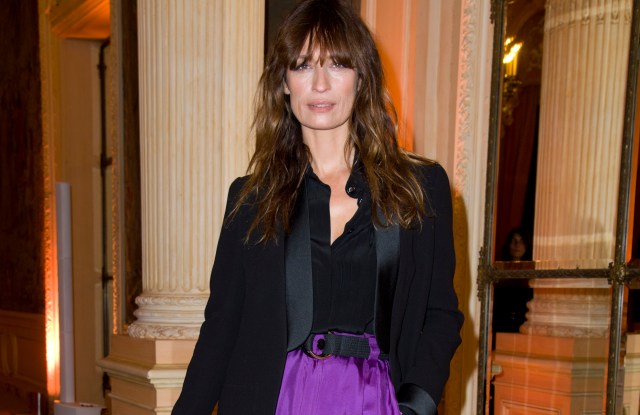 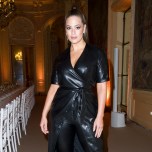 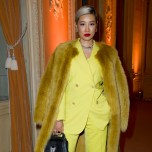 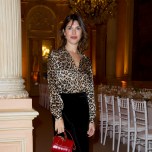 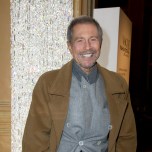 PARIS – Caroline de Maigret has the ultimate “Parisienne” hack for overcoming fear of public speaking. “A glass of red wine always does the trick,” said the model, who confided that her intense stage fright stopped her from pursuing a career in music.

The co-author of “How To Be a Parisienne Wherever You Are” was one of the guests at an intimate cocktail celebrating the third edition of the Vogue Fashion Festival, held at the Hôtel Potocki on Nov. 9.

De Maigret, who is currently writing a book set to be published in October 2019, is often asked to give talks abroad in her role as a Chanel ambassador, an exercise she can find quite straining. “I think up until the first question I’m asked, my brain is just empty. I have a complete freak-out — it’s like I have no memory left,” she said.

“I think the key thing is to look into people’s eyes and see that they are well-intentioned,” said the model and founder of direct-to-consumer fashion brand Rouje. “You need to remind yourself that they have come especially to hear you speak.”

For singer Lou Doillon, the best way to give a speech is to let the words flow. “You can maybe write down a mini memo of the points you’d like to address, but you have to stay free,” she said. “People start to panic when they get lost in their notes. Reading a set text is never a good idea.”

Model Aymeline Valade was trying to reassure designer Antonin Tron of Atlein, who was due to talk at the Vogue Fashion Festival the next day. “I try to look in the eyes of as many people as possible to create intimacy, so that there is less distance between the speaker and the public,” said Valade.

As the cocktail wrapped, guests took to their seats at a flower-laden table under the hôtel particulier’s chandeliers and gilded ceilings.

Model Ashley Graham, who was to give a talk on diversity in the fashion industry the next day, was joined by Vogue Paris editor in chief Emmanuelle Alt, Nadja Swarovski and photographer Jean Paul Goude at the center of the table.

Jewelry designer Yoon Ahn was getting hungry. “I’m super jet-lagged. It’s like 3 a.m. for my body right now,” she said. “I need fresh, green food to get hydrated.”

The Ambush co-founder had just flown to Paris from Tokyo, where she had been busy preparing the Dior Homme pre-fall show by Kim Jones on Nov. 30, before jetting off to London in the next couple of days to shoot the Ambush x Nike campaign.

“Kim is really redefining what Dior Homme is in a very progressive and fun way,” continued the designer. “It’s exciting for us as a team, because it’s almost like a blank canvas. And for me personally, just the fact that I can make something for one of the best couture houses, have it on the show and reach a huge audience, it’s a dream come true.”