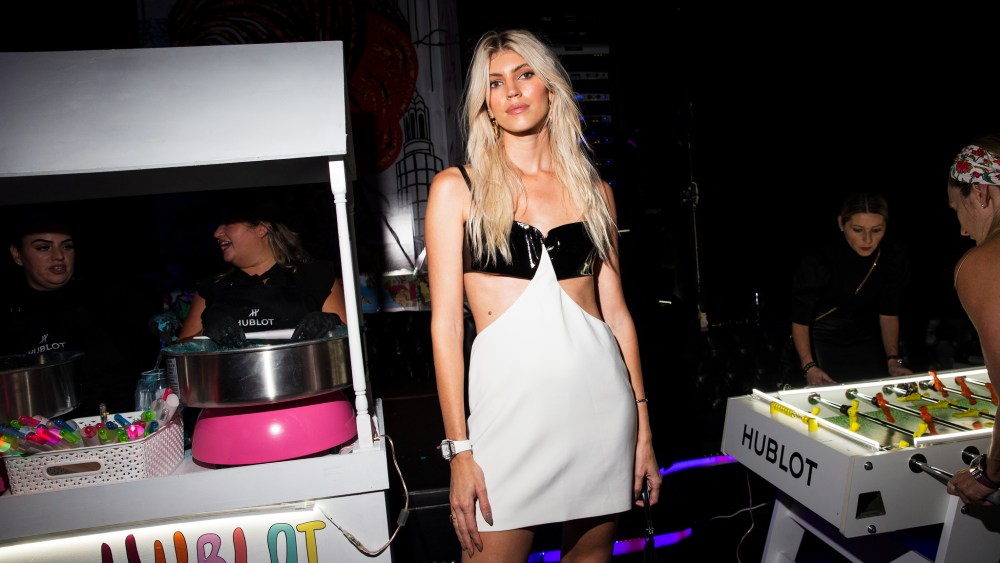 Hublot’s presence at the World Cup is impossible to miss — as official timekeeper, the company name is displayed whenever the referee board is hoisted on the sidelines — and on Thursday night the luxury watch brand continued to make its mark on Art Basel Miami Beach.

The brand hosted a party celebrating its “Hublot Loves Football” campaign with artist Mira Mikati at the W, moved indoors to the hotel’s party venue the Wall (a throwback for anyone who remembers the days of Aby Rosen’s buzzy Basel party).

“Miami Art Basel is very important for us; for over 10 years we do a party every time, so this year is particular because you have the World Cup going on with football. We said, ‘let’s talk about football through art,’” said Hublot chief executive officer Ricardo Guadalupe, clad in a suit and blue sneakers. “It’s a fusion between football and art this year.” The CEO noted that collector response to the colorful campaign has been positive. “It’s joyful; it brings a good energy, good vibes to the people.”

Asked who he was rooting for in the World Cup, Guadalupe hedged his bets.

“I am Swiss, so for Switzerland. But I’m Spanish origin, so for Spain as well,” he said; the former team went on to qualify for the knockout stage on Friday after winning their final group match against Serbia. Spain will play Morocco in the first round. “And maybe France,” Guadalupe added, “because our ambassador is a French player, Kylian Mbappé.”