The retail complex opens with a party with Anne Hathaway, Tom Brady, Gisele Bündchen and more. 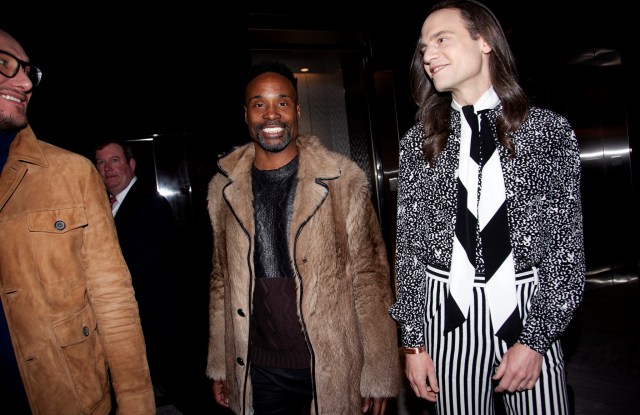 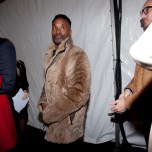 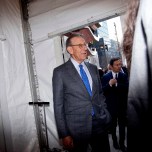 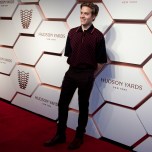 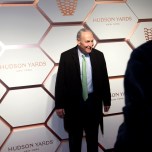 Eric Rutherford was in a properly enthusiastic state of mind Thursday night for the long-awaited official opening of Hudson Yards, which drew revelers by the thousands for a special preview of the mall.

Tom Brady and Gisele Bündchen were reportedly there, having snuck in past the cameras to hole up inside Milo’s on the fifth floor. Anne Hathaway, Billy Porter, Jordan Roth, Andy Cohen, Lin-Manuel Miranda, Maggie Gyllenhaal, Dylan Sprouse and more joined in to explore.

Sprouse arrived sans girlfriend Barbara Palvin (a rarity!) but with friends instead, who took photos of the actor as he posed for photographers.

“I mean, it’s not my favorite,” Sprouse said when asked to do a bit of press. “But I can do whatever and then when I get tired…”

Vera Wang was nearly rendered speechless at the sight of the Vessel.

“Wow — that’s spectacular,” she said, gazing up at the hulking sculpture. “You’ve got to grab a picture of that,” she added to her assistant. “With me in front of it.”

Wang has been eagerly awaiting the unveiling since the CFDA board was shown a model years ago. “I thought it would be done sooner, or at least they said it would be. But it’s done, and I’m very very amazed,” she said. “I think it’s going to bring a lot of energy and a whole new dynamic to New York. And a whole new neighborhood, as well. New York has been a city of so many neighborhoods — there’s Harlem, there’s Brooklyn, I mean, it’s kind of extraordinary. And this will be its own city unto itself.”

Porter and Roth each attended with their husbands; the group rode up in the elevator together, complimenting one another’s outfits.

“You know I love a palazzo pant,” Porter told Roth as he sashayed across the floor.

As the night went on, VIP arrivals started to get a bit more interesting. Shortly before 9 p.m. Marla Maples arrived, bashfully walking the red carpet for the remaining photographers.

“My friend is running a foundation and said come support my opening. I had no idea it was a big thing,” she told them as she walked off, before adding, “Help me, I need work!”

Another late drive by was Sen. Chuck Schumer, who gave the cameras their shot before moving it along — presumably so he didn’t have to address questions about another New York property developer, who happens to now occupy the White House.