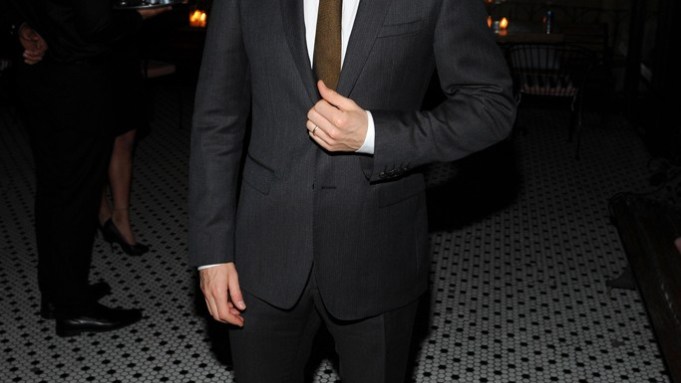 On Monday night before a screening of the film “Hysteria” at the Landmark Sunshine Cinema in New York City, Sony Pictures cofounder and copresident Michael Barker was talking up the film’s director, Tanya Wexler.

“Tanya is a force of nature,” Barker said with a grin. “We always wanted to do a film with her, and here we are…”

Wexler jumped in: “Seven years in the making. I’ve made ‘Howards End’ with vibrators!”

The film, which premiered at the Tribeca Film Festival last month, is a romantic comedy focused on the creation of the electronic personal massager: a medical device initially designed to cure the invented malady of female “hysteria” by inducing ‘hysterical paroxysm’ (or orgasm) in England at the apex of Victorian prudishness. A romance between a headstrong suffragette, Maggie Gyllenhaal, and a slightly baffled young doctor, Hugh Dancy, ensues. Rupert Everett, Jonathan Pryce and Felicity Jones also star.

“Pre-Freud there was this idea of ‘hysteria’ as a female physical condition that doctors believed they could cure via manual stimulation,” Dancy explained before the screening, illustrating with his hand. Dancy’s character quickly develops carpal tunnel syndrome in the pursuit of medical prowess.

“‘Hysteria,’ ‘hysterectomy,’ they both come from the Greek for ‘uterus,’ this idea that ‘you’re anxious? You’re sad? Your uterus is in the wrong place.’ Doctors would induce what they called ‘paroxysms,’ what we know to be orgasms, as a cure….What’s funny about [the film] is that these doctors have no idea that they’re involved in anything sexual, and it’s the truth, they’re doing this outrageous thing of treating women for an invented condition by giving them orgasms, and they have no idea what they’re doing and would be horrified at the suggestion,” Dancy grinned.

“Being a woman during that era: Terrifying!” Angela Lansbury said. “The absolute absence of women’s rights, the complete mystery surrounding that part of medicine.”

Jimmyjane, producer of “modern vibrators for modern women,” was sponsoring the event. One p.r. flack added in earshot that there would be gift bags distributed at the after-party at Hotel Chantelle.

“Oh! Well, isn’t that appropriate?” Lansbury smiled, mugging with Pryce on the step and repeat before entering the theater.

Wexler read a note to the audience from Gyllenhaal before the film began.

“Miss Maggie writes: I’m so sorry that I couldn’t be here tonight. I am at home in my pajamas,” Wexler read, adding that Gyllenhaal gave birth to her second child only a few weeks ago.

“I hope you enjoy the film, and maybe will even see it multiple times,” she read on. “I have the feeling you’re going to want to come again and again.”