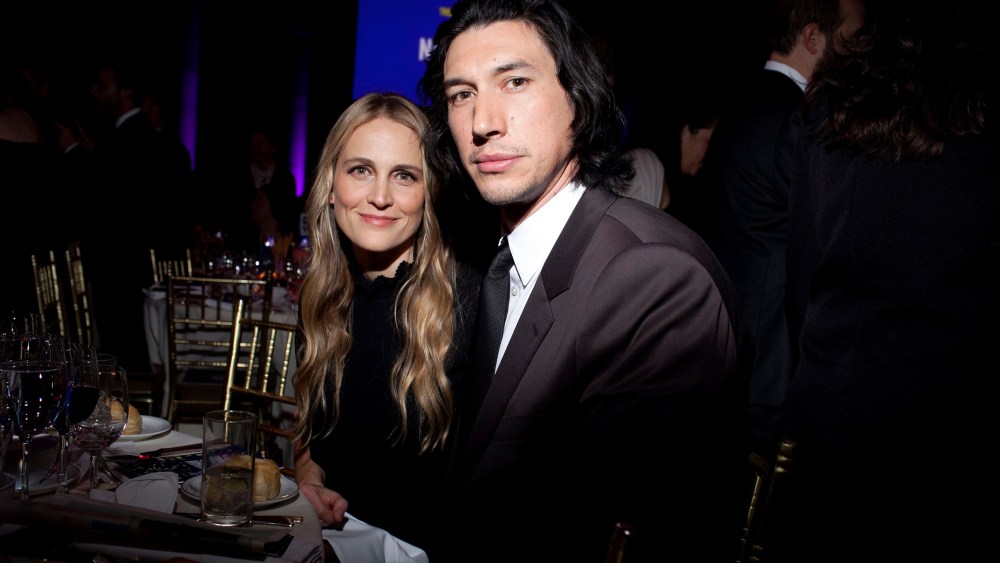 By all accounts, Chloé Zhao’s “The Rider” was a sleeper hit. Although a critical darling when it premiered earlier this year, the drama about an injured young cowboy hasn’t been hyped as a serious awards contender. But on Monday night, it beat out much-buzzed movies “The Favourite” and “If Beale Street Could Talk” for best feature film at the IFP Gotham Awards. Seen as the official kick-off to the movie awards season, the Gothams just go to show anything can happen in the months ahead.

“I’m speechless,” said the film’s Belgian producer Bert Hamelinck, genuinely surprised that he was at the podium accepting the night’s top award. “This is going to be the worst speech.”

Patricia Clarkson revealed the award, which capped off the night. But even earlier in the evening, the actress had her eyes on the prize. “They’ve really acknowledged some people who might not be acknowledged the rest of the season, unfortunately, but they’re acknowledged here tonight,” she said of the night’s pool of nominees. “It’s such a broad swath of the world, of independent cinema. From Paul Schrader to that extraordinary young woman Chloé who directed ‘The Rider,'” she added. “I feel so privileged to present the award. I just have to remember not to drink too much wine, and keep my Viktor & Rolf dress on.”

“None of these movies would have gotten made without insane passion behind them, because they’re always hard to finance or they’re on a shoestring [budget]. You just have to believe in a story,” said Glenn Close, who was nominated for best actress in “The Wife,” and is likely to pick up more nominations in that category throughout the season. “So to have these people having made these movies and having told these stories is a big deal,” she continued. “It’s so important in every aspect of our culture to have new voices and have these kinds of stories.”

“I’m just crazy inspired to be here in this company,” said Kathryn Hahn — and she had good reason. In addition to industry veterans — including Rachel Weisz and Willem Dafoe, who both received special tributes during the ceremony — the night celebrated up-and-comers, including Elsie Fisher and Bo Burnham, who won the breakthrough actor and director awards, respectively.

“They’re just the coolest night of awards,” said Sarah Gadon, whose show “Alias Grace” was nominated for breakthrough series. “To be acknowledged by this group, particularly, is just cool. It’s like sitting with the cool kids at lunch.”

Although it was a long night of awards and speeches, the crowd was overwhelmingly in high spirits. There were a few, though, who were feeling the burn before the show event started. “This is overwhelming,” presenter Kieran Culkin remarked to a director on the carpet after a round of down-the-line interviews with press. “How many times do I have to say the same s–t over and over to basically the same person?”

Luckily for Culkin, he’s not up for any awards this season; others hope they have many more questions ahead of them.

“I’ve never been nominated for a Gotham before,” said “Won’t You Be My Neighbor?” director Morgan Neville. His documentary on Mister Rogers didn’t win best-of, but he did take home an award he didn’t even realize he was nominated for: the Gotham Audience Award.

“We live in such toxic times and if there’s an antidote to that, it’s gotta be Fred Rogers,” said Neville, mulling his film’s appeal. “I couldn’t think of anybody whose voice was more necessary in this day and age. Somebody who’s so unimpeachable in that way, that can speak to people on the right and the left, religious and secular. There are just so few people left in our culture who transcend in that way.”

‘Dior: From Paris to the World’ Opens at the Denver Art Museum