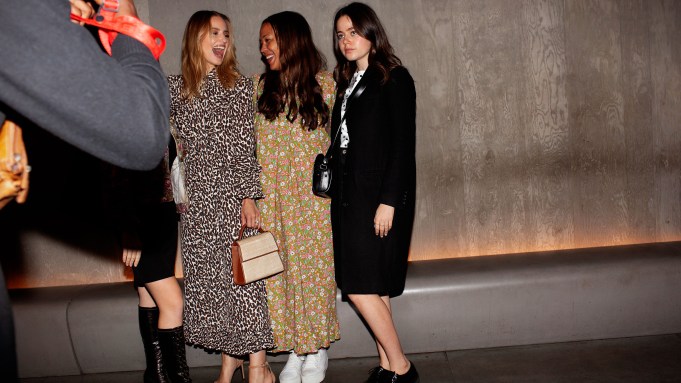 “We want to be first in on the ground floor to support up-and-comers,” said Alice Wang Monday evening, from inside the Public hotel. Wang, one of the founders of creative group ILYSM (which stands for I Love You So Much, for those not fluent in Internet speak) was holding court alongside the women of FFFEST, the female-focused film series, for a celebratory dinner between the two groups.

“Our whole m.o. is wanting to provide support and a platform for emerging artists before they’ve made it and give them resources and have a creative hub of sorts,” said Jenna Elizabeth, wearing a jeweled choker spelling out “ILYSM.” Elizabeth, who is ILYSM’s first artist in residence, partnered with Wang on ILYSM years after the two met through filmmaker friends. The platform has plans to launch a zine, merch, a video chain letter, a family portraits series and more, all focused on supporting artists at the start of their careers.

Elizabeth, a protégée of Steven Soderbergh who is pivoting into feature films after working in fashion and commercial filmmaking, says her experience in the fashion industry taught her to demand gender-equal representation in her film career.

“Fashion is one of the unique industries that is led by women and champions women,” she said. “So whenever I go into a room moving forward — I’m working on my first feature film — that’s something that I always stress. We need to be supporting girls earlier, not just once they’ve made it. All the Oscars speeches, it’s getting very old. My whole focus is how can we support filmmakers earlier?”