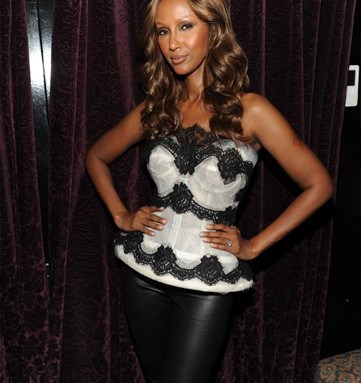 Iman will be a judge next season on “The Fashion Show,” but she’s not going to any shows this week. “I haven’t been to one since I stopped modeling in 1989,” said Mrs. David Bowie at a dinner at The Lion on Saturday night, where she was being toasted by Mercedes-Benz for co-designing the lounge at Lincoln Center with Carlos Mota. “Now fashion shows are not as exclusive as they used to be. Alex Wang showed today at 5 o’clock and I’ve already seen it on the internet.”

That’s not to say she doesn’t have an opinion on New York Fashion Week’s new venue. “You would think fashion people would like change, but they don’t. They poo-poo everything even before they give it a chance,” said Iman. “The move to Lincoln Center elevates fashion.”