‘In Vogue: The Editor’s Eye’ Screens in New York 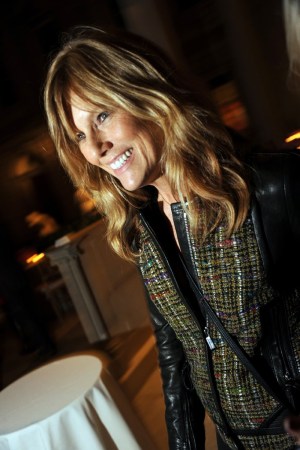 “In Vogue: The Editor’s Eye,” the HBO documentary that makes its debut on the network tonight, sheds light on eight of the magazine’s editors — past and present — who were behind some of the most iconic images in fashion. Many of their subjects turned up for Tuesday’s screening at New York’s Metropolitan Museum of Art, among them Sarah Jessica Parker, whose first Vogue sittings editor was Grace Coddington. “She pulled a teeny-tiny white bikini off the hanger, and in my whole life I had never worn a bikini,” Parker recalled. “I didn’t wear a bikini as a little girl. I certainly didn’t wear a bikini as an older little girl, and nor would I ever put one on today. I thought ‘It’s Grace Coddington, I should put on what she asks me to do.’ Linda Evangelista sat in the corner and told me how to stand. I have never worn a bikini since.”

Christina Ricci considers herself an equally agreeable model, but draws the line at tight leather pants. “I can’t wear leather pants,” she said. “I am not a pop star.”

A former Vogue fashion editor herself, Vera Wang remembered her most difficult assignment while assisting Polly Mellen. “The hardest thing I ever did was dress Mariel Hemingway, who was 6 foot 1. By the time she had her shoes on, she was 7 foot 8, and I am not. As the assistant, I had to get the hat on her head.”

Many agreed that Carlyne Cerf de Dudzeele, who was behind Anna Wintour’s famous first cover as editor in chief of American Vogue, emerged as the documentary’s breakout star. Cerf de Dudzeele, a boisterous French stylist with a gravelly voice and a penchant for overly theatrical gesticulations, took the newfound spotlight with a sense of nonchalance. “I don’t know,” she said, throwing her hands up in the air. “I am who I am. I never change my entire life. I have fashion inside of my tummy.”