The fashion crowd gathered at the Teatro Dal Verme venue on Wednesday night for the kick-off event of the festival.

The winners of the 2019 edition of the Fashion Film Festival Milano with founder Constanza Cavalli Etro and Elizabeth von Guttman.

AND THE PRIZE GOES TO: The weather was crisp on Wednesday night but that didn’t prevent the city’s fashion crowd from attending the Fashion Film Festival Milano award ceremony held at the Teatro dal Verme venue in central Milan.

Inclusivity was the topic du jour at the festival, as many filmmakers explored the theme by questioning gender, race and disability.

“We’ve championed inclusivity and diversity since Day One, our mission was to make fashion as accessible and democratic as possible,” said Constanza Cavalli Etro, the festival’s founder and the wife of Etro’s men’s wear creative director Kean Etro.

The audience cheered as the 16 winners of the sixth edition of the event took the stage and were handed the awards, created in partnership with Fornasetti.

The top prize for best fashion film was bestowed on Italian-Canadian director Floria Sigismondi for the “72 Hours in André Balazs’ Chateau Marmont With Kenneth Anger” movie, in which the American underground experimental filmmaker gives insights on his career and talks about writing the the 1959 book “Hollywood Babylon,” about the movie industry’s best kept secrets. The movie was realized in partnership with System magazine and Gucci.

Lea T praised the work of director Jess Kohl, who took home the best documentary award for “Nirvana,” which spotlights the largest gathering of transgender women happening annually in the small village of Viluppuram in Tamil Nadu, India. “It’s so important that such a topic is gaining attention, as I, myself, can recognize the struggles and identify with those women,” said the Brazilian model and activist in her moving speech. 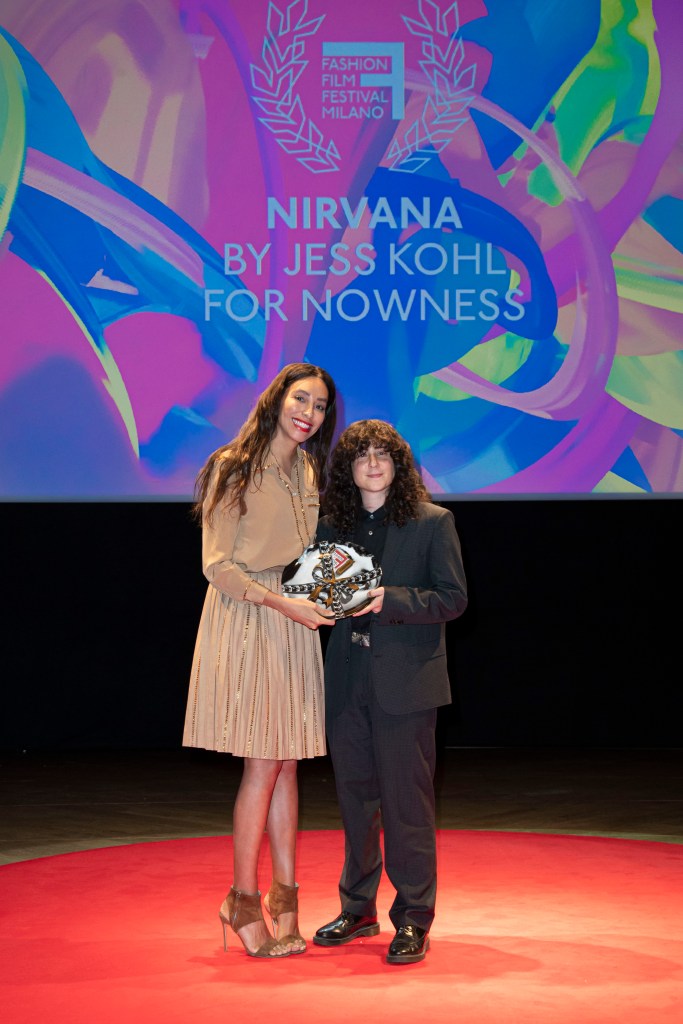 Inclusivity to Dello Russo also means going back to human relationships as “our technology-obsessed society is tearing us apart and feeding loneliness,” she said. The fashion editor was particularly impressed by the message promoted by the movie “Where is Sunnei?” by Russian filmmaker Van Khokhlov, who took home the best new Italian fashion film prize.

As reported, the jury spearheaded by Giorgio Armani — who was absent due to a work commitment as he prepares to unveil his pre-fall 2020 collection next week — included photographer Cass Bird; Osklen’s founder Oskar Metsavaht; model and human right activist Waris Dirie, and Pirelli HangarBicocca artistic director Vicente Todolí, among others.

Following the invitation-only award ceremony, the Fashion Film Festival Milano officially kicked off on Thursday at the Anteo Palazzo del Cinema theater. The four-day event runs through Nov. 10 and will host, among other initiatives, the European and Italian premieres of “The Times of Bill Cunningham” and “Peter Lindbergh: Women’s Stories” documentaries, respectively.