Kendall Jenner, Bella Hadid and A$AP Rocky were among the revelers.

By Katya Foreman
with contributions from Joelle Diderich
on January 24, 2017
View Slideshow 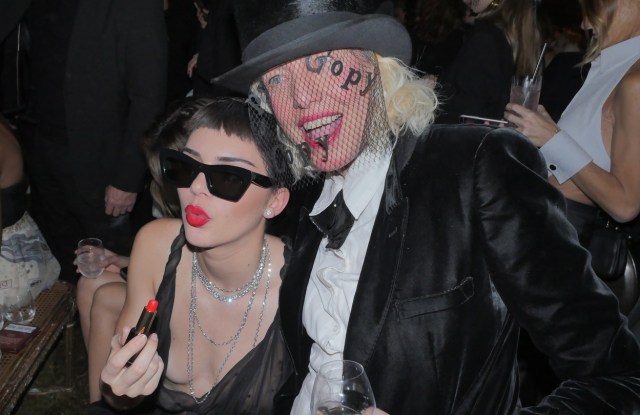 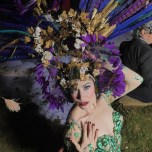 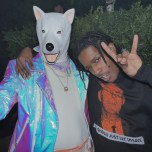 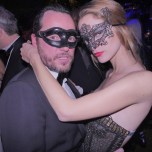 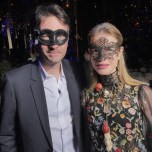 THE MASK: Bringing to the life the midsummer night’s masked ball theme of her debut couture show for Dior presented earlier in the day, Maria Grazia Chiuri threw an extravagantly over-the-top party on Monday night in the show’s maze-themed venue in the grounds of the Musée Rodin.

The fairy-tale atmosphere kicked off at the entrance with a heavy snowstorm projected onto the museum’s facade, with shooting stars piercing through. A giant full moon had been suspended over the party tent, reached by a sparkly path lined with horses with unicorn horns, snorting in the mist.

After a brief wind through a maze, guests plunged into the party where a bacchanalian scene unfolded, with elaborately costumed characters in towering masks, tables covered in silverware overflowing with fruit and sweet treats, and even a gold-faced, bearded faun perched on a bench.

The sea of revelers looked like extras from the set of “Eyes Wide Shut.” Joining in the fun were Eva Herzigova, in an alien, crystal-encrusted mask; Giambattista Valli, in a cute panda mask, and Soko, who wore a black lace mask over a “Blade Runner”-esque swoosh of red eye makeup.

Others had whipped their masks off entirely.

“I was wearing one but I took it off as it’s so hot in here,” said Dior’s sound designer Michel Gaubert, leaning against a bush marking off the VIP area where Kendall Jenner — rocking an Audrey Hepburn look, in an LBD, clip-on black fringe and shades in lieu of a mask — could be seeing bopping with Bella Hadid. “I’ve not seen a party like this in Paris since a long time. It reminds me of the vibe at Le Palace in Paris in the late Seventies/early Eighties. It has a very decadent feel to it.”

Rami Malek was also happy to show his face. “I wear a mask every day at work, so I thought if I go partying, I go sans masque,” said the “Mr. Robot” star, who is one of the faces of Dior Homme’s spring advertising campaign.

So what was A$AP Rocky’s excuse? “A pretty woman ripped it off my face and tried to kiss me. I’m still looking for her,” he claimed, taking in the scene, his eye landing on a tree strung with ribbons, trinkets and tarot cards. “It’s straight out of ‘Alice in Wonderland.’ It’s like a Tim Burton set.”

Hadid was feeling equally enchanted. “And the unicorns as we came in, I mean, it was so magical,” said the model, who recently had to give up on her dream of a professional riding career due to her battle with Lyme disease. “Actually, this is one of the most beautiful parties I have ever been to.”