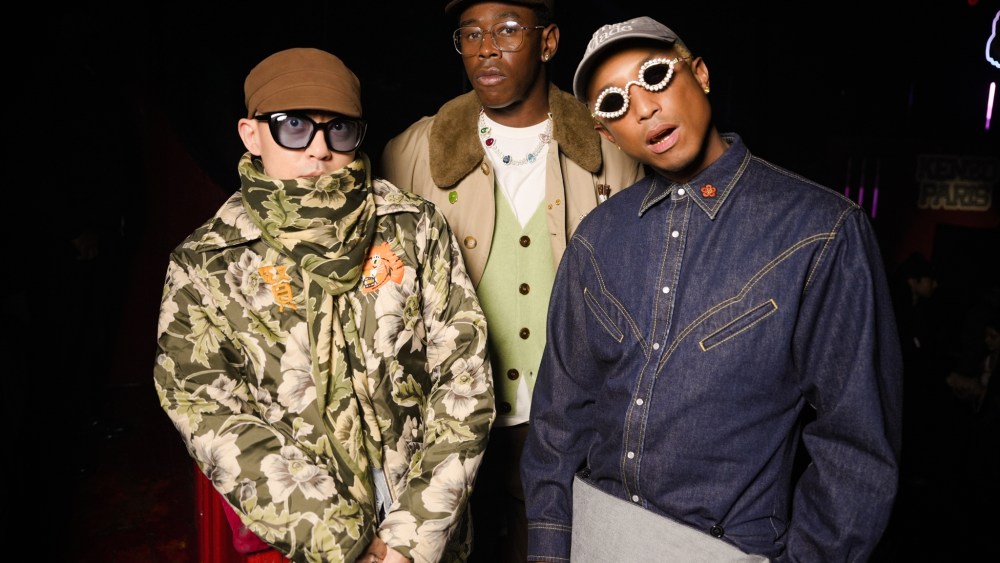 It was a circus at Kenzo’s Paris Fashion Week party. Not only the location at the Cirque d’Hiver Bouglione, the red-roomed vintage venue that retains an air of mystery from its previous incarnation before it became a party palace, but crowds were going crazy trying to get a glimpse of guests Tyler the Creator, Pharrell Williams, Tyga and Maisie Williams. Throngs of people lined the streets, despite the stormy night, to film TikTok content as they made their way inside to watch Doja Cat perform.

The craziness continued inside, where guests entered into a room lit by a giant neon green tiger, a larger-than-life Kenzo logo.

Pharrell made it a family affair with wife Helen Lasichanh and 12-year-old son Rocket Ayer Williams. The trio posed for photos with Kenzo creative director Nigo, who was in no mood to speak and kept his jacket zipped up, sunglasses on and hat in place. It was practically a pit stop for Tyler the Creator, who posed for pictures and was in and out in 20 minutes. Maisie, in a boyish brown suit and burgundy beret, posed with boyfriend Reuben Selby.

Doja Cat performed center stage of the round theater, including her hit “Boss B—h,” before guests hit the bar and played in the theater’s vintage games gallery.