Me, Wear a Costume?

Held in New York for the first time, Natalia Vodianova's Fabulous Fund Fair drew models and celebrities in their Halloween finest, while fashion folk in attendance were less inclined to dress up. 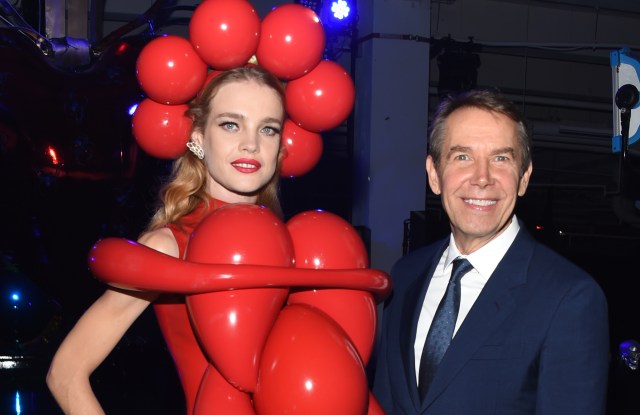 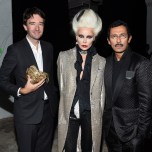 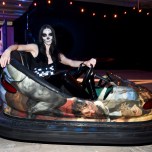 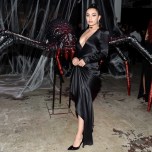 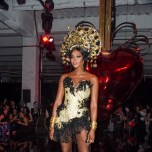 “I’m dressed as a New York fashion designer. You know how that is.”

So began the explanations — above, from Kenneth Cole — for a lack of costumes on Saturday night at Natalia Vodianova’s annual Fabulous Fund Fair, which traveled to New York for the first time this year for its partnership with amfAR.

Cole was certainly not alone in his dress, but many did go all in for the fund-raiser, which is typically held at the end of London Fashion Week but this year set up shop at Skylight Clarkson Sq to entertain guests with carnival games like Louis Vuitton bumper cars, “Net-a-Bowling” by Net-a-porter, a graveyard rummage by Stella McCartney and a piñata challenge by Sergio Rossi, among others.

Naomi Campbell, Ellie Goulding, Paris and Nicky Hilton, Tory Burch and plenty of models arrived in spooky splendor. Jenna Lyons, wearing a lime green wig and an inflated matching sumo suit, did not hold back, getting down when Timbaland was played and attempting to slide onto the stage when Charli XCX performed “I Love It.” Karlie Kloss, dressed as Marilyn Monroe, did her best Marilyn impression with a little shimmy after knocking pins over at Net-a-porter’s bowling booth.

Brooklyn Beckham, on the other hand, took a cue from Mr. Cole, who is chairman of the amfAR board, and wore his usual Lower East Side hipster-inspired garb.

Jeff Koons, who was the artistic director of the evening, was also sans costume. “I guess in a form, it’s a costume,” he said of his navy suit. “But no, I just came relaxed.”

He was, however, the inspiration for Vodianova’s costume: she came wearing a replica of one of his balloon pieces.

“It was a surprise. She didn’t tell me but it’s absolutely fantastic,” Koons said, verifying with his wife that this was the first time someone has dressed as one of his works.

The balloons, which Vodianova attached to a sexy red latex bodysuit (naturally), proved to be a bit cumbersome. She drew the attention of photographers while trying to wrestle herself into a bumper car and while holding a microphone in her opening remarks, told the crowd “to hold this microphone is almost impossible, my boobs are so big.”

“We are not in costumes. We are being ourselves,” said Haider Ackermann, with Daphne Guinness on his arm. Guinness, of course, could’ve fooled any onlooker.

Dressing for Halloween, it turns out, is a rather American habit.

“We are very European. We are not used to this world. We are trying to adapt,” Ackermann said. “We are very voyeuristic.”

Paris Hilton, for one, was in the spirit, dressed as Jasmine from Disney’s “Aladdin.”

“I’ve always been obsessed with Disney princesses. I always wanted to be Ariel, I wanted to be Jasmine, Sleeping Beauty, Cinderella, everyone,” she said, hovering near a table in the VIP area. “So every year I dress [as one]. I actually had 16 costumes made. My boyfriend has never dressed up for Halloween. So I was like, ‘What will look good as a couple?’”

Her boyfriend, “The Leftovers” actor Chris Zylka, was dressed as what she called a “hot gladiator god.”

The other 16 options included “a goddess, Little Red Riding Hood, last night I was a devil…a kitten, a bunny, Cinderella, Sleeping Beauty,” she said.

“There [are] a couple nondescriptive, sexy outfits that are, like, leather,” Zylka added.