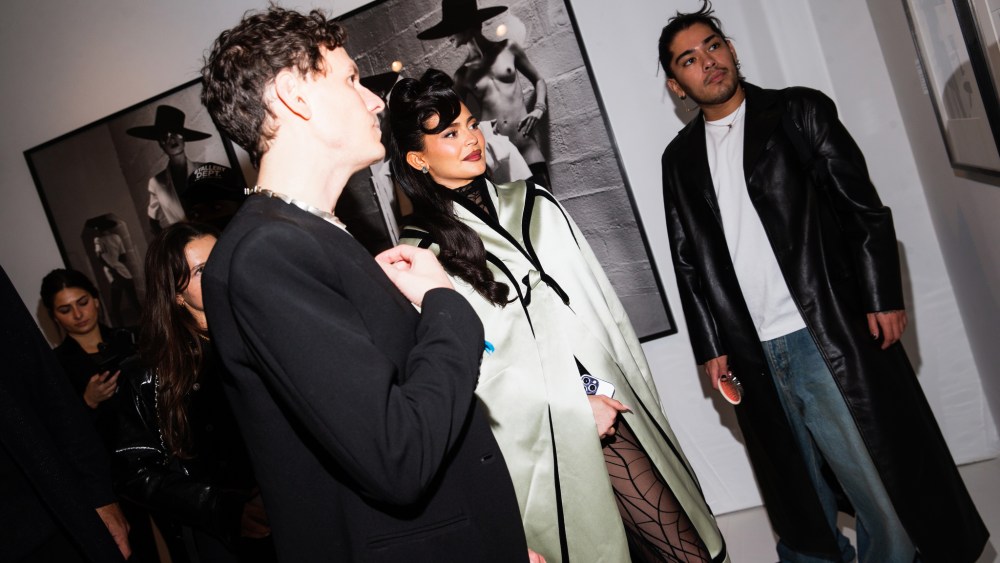 That’s the time Kylie Jenner finally emerged for the crowd of photographers stationed at the step and repeat for the opening night of “Thierry Mugler: Couturissime” at the Brooklyn Museum. It was Jenner’s second Mugler look of the night; the beauty entrepreneur had donned a cocoon coat and arrived covertly to walk through the exhibition with the brand’s creative director Casey Cadwallader. Now she had changed into look number two for her official museum publicity moment: An archival black corseted gown with bejeweled headpiece — “Mugler King,” as she aptly described it later on Instagram.

The coat check line, which an hour earlier had snaked through the lobby and back toward the elevators, had dwindled. Cadwallader had emerged with an update promising five more minutes; it had been 50. The party officially ended at 10, and at 10:45 antsy museum staff attempted to clear out the press line in purgatory. “Museum’s closed, guys!”

The party had kicked off more than three hours earlier at 7 p.m., and the crowd quickly swelled with enthusiastic guests donning their most theatrical looks — often, Mugler. There were mesh bodysuits galore, hoop earrings so large they went under one guest’s arms, and corsets and sequins at every turn. But the most popular accessory by the end of the night proved to be a Mugler-branded shopping bag from the museum gift shop.

“Just last year I sold all of my Thierry Mugler. I had all of these great pieces of his, and I was like, ‘I’m never going to wear them again,'” said Nicole Miller, who recalled seeing the late legendary designer at the fabric shows in Paris. “When he passed away, I was like, ‘oh my god. I should have kept these.’ And then tonight I had nothing to wear — so I’m wearing new Mugler,” she added. “I remember when it was Thierry Mugler and Claude Montana and all those guys, and they hit Paris with a big wave. It was this new beginning.”

Guests including Aquaria, Linux, Amanda Lepore, Jazzelle, Laverne Cox, Marc Jacobs, Kennedy Yanko, Julia Fox, Richie Shazam and Jackson Wiederhoeft were taking in the exhibition on the fifth floor. “The ladies of the night, yes,” exclaimed Linux as they got a cell phone shot of Susanne Bartsch (who later hosted the afterparty at Le Bain) and her crew arriving on the scene.

“Monsieur Mugler defined what fashion is for a generation,” said Wiederhoeft, already planning to pay the exhibition another visit in the near future. “My show in May, I did the look book based off the idea of Mugler runway photos, the idea of this energy that he created. Within the fashion show it was simultaneously so fantastical and so real. So it’s an honor to see everything in person — he created a fantasy for a whole generation,” he added.

The mannequins proved irresistible for many in the crowd, who riffed off the evening’s revelry by getting up close and personal with the displays. “Do not touch,” cautioned a guard, emerging on the scene after an especially enthusiastic group came through with a particularly immersive approach.

Down on the third floor, the crowd could fully let loose with the lights turned low, drinks and music blasting, and no art to disrupt other than the looks being worn. Lepore performed, along with Joey Arias, a troupe of dancers, and a pole dancer.

On the first floor, the pit of photographers was still waiting for a shot of their Mugler King.