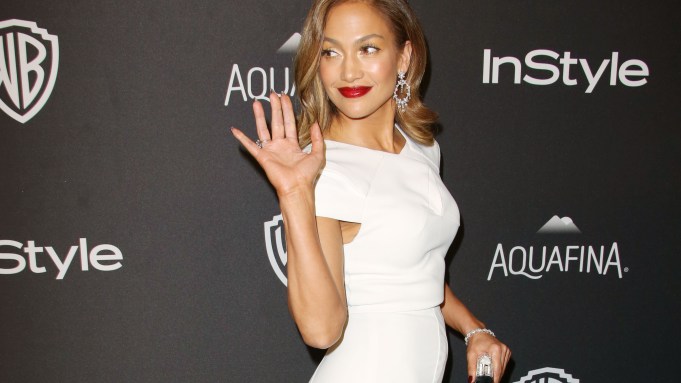 For attendees of the 73rd Annual Golden Globes, the privileges are many. But the most valuable on Sunday night was the ability to make a beeline for the after parties before the rest of the invited guests were allowed to enter. At InStyle and Warner Bros.’ party, even guests who attended the viewing portion of the evening had to step back out into the cavernous entryway while the main tent was re-staged as a lounge and dance floor.

“Whoa. It’s like you walk out, then you walk back in and you’re in a different party. The viewing party was very civilized — this is going to get crazy,” said Ashley Madekwe scanning the room.

Surprise Globe winner Sylvester Stallone was the first to arrive, clutching his trophy and accompanied by his three daughters and wife, all of whom paused to take a family selfie before hitting the black carpet. “This night, this moment means everything,” he said.

“Crazy Ex-Girlfriend” star Rachel Bloom was the next winner to arrive, followed by Brie Larson, who had changed into a pair of jelly shoes while one publicist carried her heels and another her statuette.

While it was practically pitch-black inside the party, the celebs still managed to find their friends. The same couldn’t be said for another surprise winner, Christian Slater. “I’m trying to find my wife,” he said to one guest, who told him, “I loved you in ‘Heathers.'”

“Yeah, I bet seeing me up on stage brought it all back to you,” he cracked.

Meanwhile, those who didn’t attend the ceremony had a bit of a traffic delay to contend with. “I can’t f—ing believe this,” said Malin Akerman to Jamie King, referring to this year’s no-car-drop-off policy, which forced everyone to take shuttle buses to the party. “When did you get here?” “We snuck in the back way,” said King.

It’s highly unlikely that Kourtney Kardashian and Kylie Jenner shuttled it to the event either. Brattiness aside, the sheer width of Jenner’s ball skirt would have made it impossible. Most of the women went for long and lean silhouettes, like Ellie Bamber, Lea Michele, Zoë Kravitz, Selena Gomez and Kate Hudson, who was among the first to start shimmying to the loud disco music that kept pulsing past midnight.