The casts of “Black Panther” and “Crazy Rich Asians” were among those to party into the night with InStyle magazine. 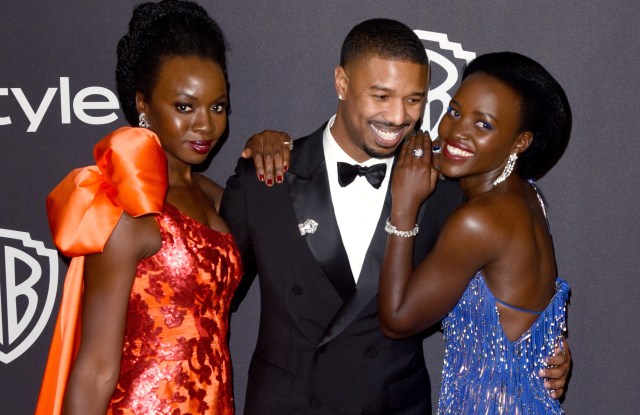 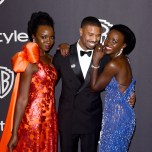 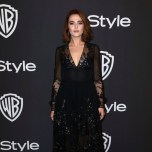 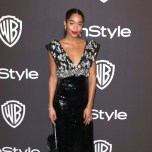 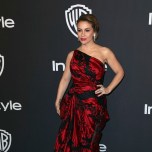 LOS ANGELES — Whispers of the InStyle and Warner Bros. fete and it being tougher than iron to get into began well before the 76th annual Golden Globes gave out its last award.

Sure enough, after the ceremony closed, the entrance for the magazine’s event drew a massive crowd creating a gridlock of partygoers.

It seemed only the elite were able to slice through the masses without permission from security.

Almost effortlessly, making an entrance was the cast of “Black Panther.” Holding hands and in a single-file line, the actors squeezed through a block of fans and peers waiting to get in.

Naturally, with the likes of Ryan Coogler, Michael B. Jordan, Lupita Nyong’o and Danai Gurira starting the party, the event was destined to live up to its reputation for being one of the hottest tickets of the night.

See All the Looks From the 2019 Golden Globes Red Carpet >>

“It’s a glitzy room, very glamorous,” said model Georgia Fowler of the scene. “I’m just in awe of everyone’s outfits. It’s such a vibe in here. I’m excited to party and celebrate with everyone.”

Nearby, a group of bodyguards tipped off where the most popular guests were.

As Jordan held court and spoke to guests near the bar, Lena Waithe ordered drinks, and a few inches away Janelle Monáe, in Chanel, was seated with Laura Harrier and NBA player Klay Thompson.

Throughout the night, the black suede couches they sat upon seemed to be a landmark location merely because of Monáe’s presence. Actresses bee-lined to her gold hat that just brimmed the top of the couch. And there was even a slight scream from Tika Sumpter, who reached out to hug the multihyphenate.

“I can tell you, being able to talk to the women who have inspired and supported me over the years face-to-face is really amazing,” Monáe said.

As the party continued to greet new guests, the dance floor lit up with jewel-toned dresses. Among them were KiKi Layne as well as Jaime King and Malin Akerman, who commented on each other’s outfits over the music blaring from the speakers.

While “Black Panther” was initially the most complete cast to enter the party at once, the stars of “Crazy Rich Asians” took that title later on. As cameras flashed to capture them, fellow actress Jamie Chung noted, “I love that InStyle’s party is an eclectic group from around the world. We’re celebrating all different types of cultures, arts. This is the most diverse group and it’s beautiful.”

Camilla Belle agreed, saying, “I think it’s fun, you always run into everyone and it’s a good time. There’s good food, dessert and a chance to sit down if you want to. There are a variety of things that can happen here.”

Taking a moment to consider her favorite moment from the day, Belle said without pause, “Glenn Close’s speech. The meaning behind the film was such a surprise for everyone. She won and she’s such an icon in the industry. I look up to her.”

Another actress who drew attention for her remarks was Patricia Arquette. Although she didn’t appear to be slipping into them anytime soon, the winner of Best Actress in a Limited Series, who wore a black Vivienne Westwood gown, held a pair of furry slippers in her hand while her daughter, Harlow Olivia Calliope Jane, held her award.

The party seemed to go on without end, drawing more guests such as Rachel Zoe, Lady Gaga, Taylor Swift and Pete Davidson well into the night.