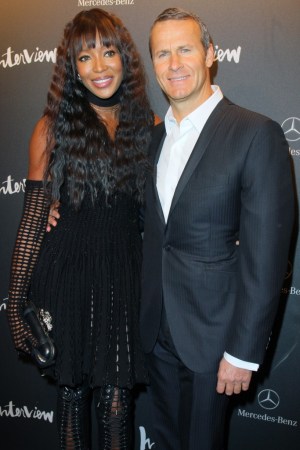 SCHOOL’S OUT: For many of the invited 500, Interview Germany’s launch party at the former Jewish Girls’ School Wednesday night was also a first look at the freshly renovated landmark building on Auguststrasse in Berlin. Architect Alexander Beer’s five-story edifice from 1927 has been transformed into a multigallery and gastronomical center that is set to officially open its doors today.

Veuve Clicquot in hand, the German fashion crowd wandered up, down and through the premises, taking in Robert Polidori’s large-scale photos in Camera Work’s sprawling new gallery space on the second floor. Or they posed for photos themselves in a photo booth or mock studio on the third. The soaring school hall, where gallery owner and the building’s white knight investor Michael Fuchs will open his new exhibition area, was the setting for a midnight concert by Charlotte Gainsbourg.