The list of attendees at Wednesday’s premiere of “Iris” read like the anchors of fashion week at Lincoln Center. 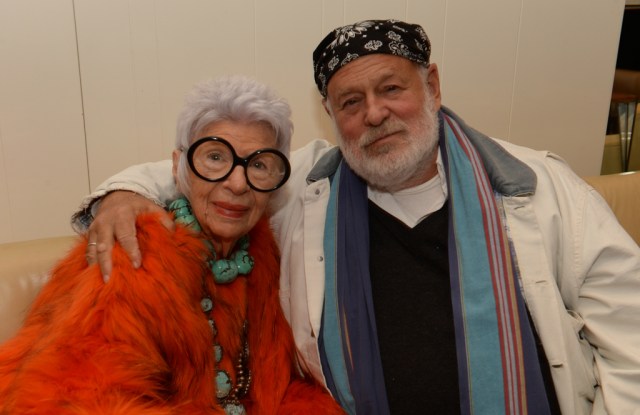 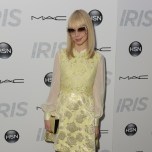 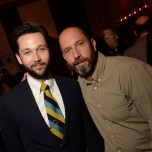 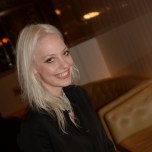 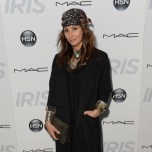 The list of attendees at Wednesday’s premiere of “Iris,” a documentary about the 93-year-old maximalist dresser Iris Apfel, read like the anchors of fashion week at Lincoln Center — Alexis Bittar, Yigal Azrouël, Chris Benz, Jeffrey Costello and Robert Tagliapietra, and Stacey Bendet all trekked out to the Paris Theatre in New York to get a first glimpse of the film.

The late documentarian Albert Maysles, who also directed the late Seventies cult favorite “Grey Gardens,” recruited Apfel for the project after some initial hesitation on her part. “Albert called me about it, at first I said ‘no,’ and then I was talked into it, and I’m glad I was,” Apfel said. “It all worked out so nicely. He was a wonderful guy and brilliant filmmaker.” (Maysles passed away last month, making “Iris” his final film.)

So how did the “rare bird of fashion,” as she’s often tagged, go about choosing an outfit to wear to the premiere of a movie about herself? “It was chilly, and I love orange,” Apfel deadpanned. “I just put it together before I came. I don’t spend my life picking out outfits, I have a lot of other things to do.”

After the screening, the crowd migrated a few blocks west to Southgate, where Apfel held court in a side booth while her many admirers like Erin Fetherston and Jenna Lyons noshed on buffet fare. Mindy Grossman was quick to show off the stacks of bracelets perched up her arm — “These are Iris’,” she said, touting Apfel’s collection for HSN and familiar way of styling.

Bruce Weber, who makes a cameo in the film, plunked down next to Apfel as she snacked. “She reinforced the idea of being curious,” Weber noted of his friend, a sentiment that was echoed several times throughout the night.