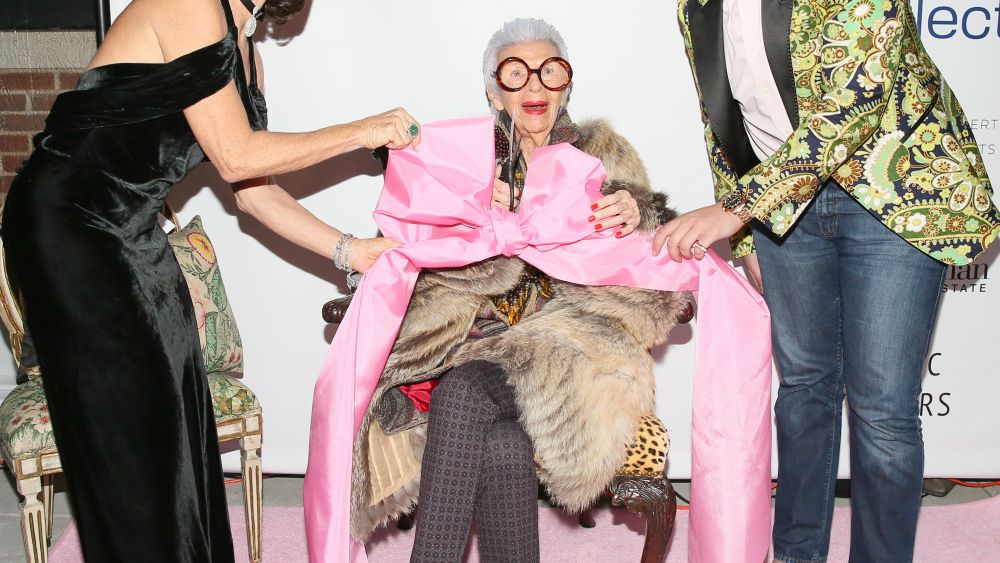 Sasha Bikoff led the way into the first floor dining room at the Holiday House opening night benefit, where she had drenched the room in pink: pink carpeting, pink wallpaper, pink curtains, pink lamp shades, pink dishware. It was a fitting choice both for the interior designer and Holiday House, founded by Iris Dankner, which raises breast cancer awareness and funding for research.

A bevy of interior designers have taken over Arthur Becker’s new Sullivan Mansions at 40 and 50 Sullivan Street, where each was given a room to decorate around the theme of holidays. On Nov. 16, Bikoff was joined by Bradley Theodore, who contributed a painted portrait of Apfel to the house, as well as Martha Stewart, Nicky Hilton Rothschild and Ryan Korban and Brandon Maxwell, who collaborated on a second-floor room together. The beloved 95-year-old interior designer Iris Apfel was honorary chair for the event, and stopped by for a quick photo opp.

“With all of the craziness that’s going on, it’s really nice to be involved this week with projects that are giving back,” said Maxwell, a close friend of Korban’s. He had dressed several mannequins around the graphic black-and-white room. “He’s obviously very collaborative, so he was asking me a lot for my opinions, and I was like ‘You’re Ryan Korban, so you do what you want to do, and I’ll bring the clothes for the mannequins,'” he continued, noting that they had looked at around 300 different mannequin designs. “I had never really dressed on mannequins, except when I worked at the Gap when I was 16,” he added.

One mannequin was lounging on a dark slate sofa nearby, her black gown cascading down over the black carpet. “I like [designing for a show house], because it’s a challenge,” said Korban, accidentally stepping on the gown as he made his way over to Maxwell. “I thought, let’s stand out. So I brought in gallons and gallons of black paint. The people who run Holiday House were a little bit nervous, but I said you know what? I scare people in the beginning, but in the end everyone’s going to love it.”