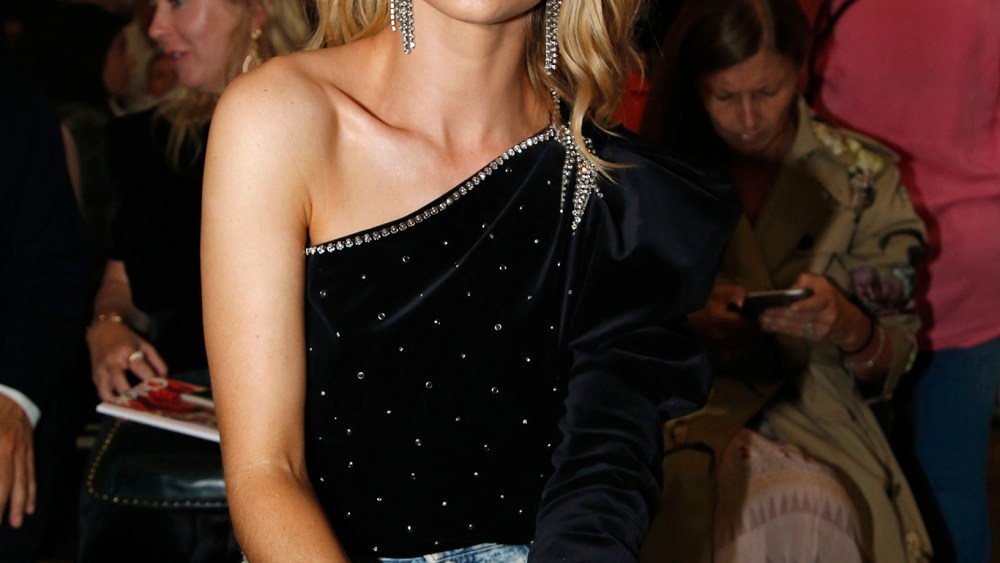 SILVER LINING: After her spring fashion show on Thursday night, Isabel Marant and her guests passed through fringe curtains for a party in the same tent in the Tuileries to mark the launch of the designer’s capsule makeup collection with L’Oréal Paris.

“Happiness, joy, beauty, fashion,” trilled Marant, dressed in an Eighties-style denim jacket and a pair of silver sequin pants from her new collection. “I’ve always shown very natural girls, when in reality they’re not actually that natural because we spend a lot of time making them look that way. That’s the secret of French easiness.”

Sweeping into the venue with photographer Juergen Teller, Karen Elson took in the surroundings. “It’s very disco isn’t it, it’s like one of the early Nineties parties I used to go to,” she observed.

Other guests included Dree Hemingway, Thylane Blondeau, Niels Schneider and Cameron Dallas, who had unbuttoned his paisley shirt for the event.

“I’m sure the Isabel Marant line is going to be very natural, very chic Parisian, right?” said Sofia Sanchez de Betak, who this week is presenting a Marrakech-inspired collection to buyers this week. She was fretting a little about the décor, which had been created by her other half, show producer bigwig Alexandre de Betak.

“Look in times past, he would have brought all these balloons back home afterwards, but now I’m like, no,” she said with a chuckle. “I normally get a call from my husband saying, ‘My love, do you mind if we bring some balloons home?’” she added with a mock groan. “We end up having a bit of a mix in the house.”