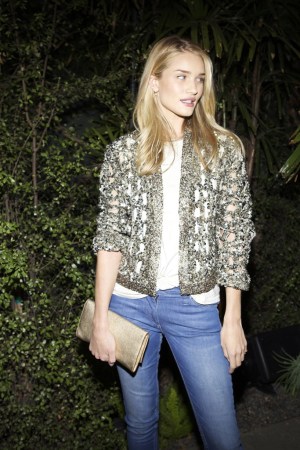 When party host Milla Jovovich joined Marant to introduce the musical entertainment for the evening, Warpaint, the designer vociferously swooned over the actress. Jovovich confused it as Marant propositioning her. “In front of everybody? You are so French,” Jovovich coquettishly retorted. Later, Marant, whose collection for H&M is launching Nov. 14, explained her interest in spreading the fashion love.

This story first appeared in the October 14, 2013 issue of WWD. Subscribe Today.

“I don’t like snobbish fashion. I think fashion is for everybody. I am designing for all kinds of women, but, unfortunately, my clothes are quite expensive because they are produced in small quantities. Since all those [more affordable] labels exist, it is opening fashion to the wider public,” she said.