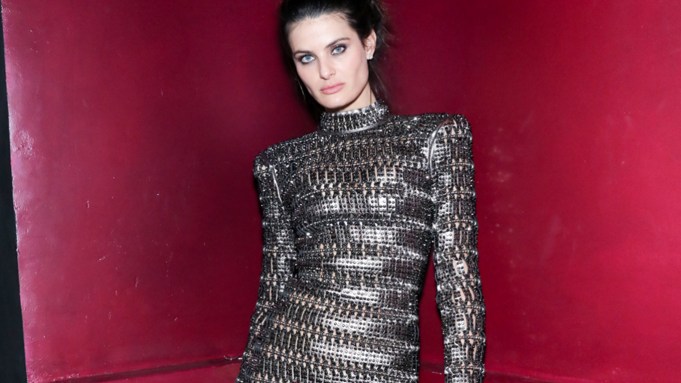 AUGMENTED REALITY: Friday night saw the fashion crowd descend on the Manko cabaret for the Balmain after party. Anwar Hadid and his lady love Nicola Peltz, Isabeli Fontana, singer Justine Skye and Christina Pitanguy were among the guests who came out to celebrate designer Olivier Rousteing.

Models were clad in shiny and shimmery designs from the house that gave them a gleam to rival the Snapchat filter that Rousteing launched earlier in the day at his show.

Fontana said she was preparing to launch her own YouTube channel under her name, with a segment called “Getting Ready With Isabeli,” as well as lifestyle guests. “It’s Brazilian, but I try to translate it into English. There will be food, like I cook with a chef and invite friends for healthy food,” she said.

A touch before midnight, the man of the hour himself slipped in, signaling the start of a cabaret performance. Que la fête commence!