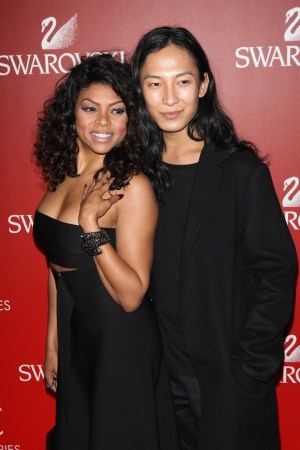 Ivanka Trump, Alexander Wang and Iris Apfel were among those turning up at the Accessories Council’s 19th annual ACE Awards on Monday evening. Held at Cipriani 42nd Street, although the event’s location on one of Midtown’s busiest streets proved challenging for attendees, their pageantry stalled by President Obama’s motorcade — which was shuttling the commander in chief to see a performance of “Hamilton” just five avenues over.

Carolina Herrera got caught in the blockade shuffle, and had to abandon her car and driver blocks away — making it to the event by foot, via underground subway passages. “It was quite something,” she said of the ordeal, her first time in New York’s public transit system in over six months. “I wonder if [Obama] knows that he creates all of this havoc. I think he would be horrified.”

Once the festivities were under way, designers including Eddie Borgo and John Varvatos, and retailers such as Mitchells and Moda Operandi received their awards.

Trump won the council’s Breakthrough Award and said that the key to her label’s success “Is to be responsible and responsive to [my consumers’] tastes, and create solution-oriented products for a generation of women who work.” But what kind of style solution would Trump need if she were to become the country’s first daughter? Giggling, she said, “I don’t think [my style] would change.”

Apfel presented Nadja Swarovski with the Legacy Award while draped in multiple strands of very large turquoise beads. “They are very heavy, but you have to suffer a little bit,” she said of her accoutrements.

But it was Wang — in attendance to present Taraji P. Henson and “Empire” costume director Paolo Nieddu with the Influencer Awards — who provided the most poignant reasoning for the accessory industry’s importance. “People don’t walk out onto the street barefoot and without a handbag,” he said. “Accessories are such a big part of the process and way of living.”